Not near as much to report in this post. I began tracing the molds from my full-size plans last Tuesday and it was a pretty slow process. Really fun to see all the station molds traced out individually instead of being laid atop one another like they are in the plans (see Figure 8). I am tracing my station molds on 3/4" MDF board. This was suggested in Van Leuven's book (referred to in Post III) instead of plywood because its edges are easier to bevel than plywood. Many of the suppliers of pre-cut CNC molds also use MDF, so I figure it's probably the best thing around.

I started by drawing a centreline for each station mold directly on the MDF. I used the factory edge for the base of the mold and dropped a perpendicular off that using a homemade compass -- a stick with a pencil driven through one end and a sharp nail driven through the other. For alignment I cut two little darts into the plans. One exactly at the intersection of the mold baseline and the cetreline, and another up near the top edge of the plans on the centreline. This made alignment with the CL I drew on the MDF much easier.


Figure 8: Darts cut in to centreline of plans 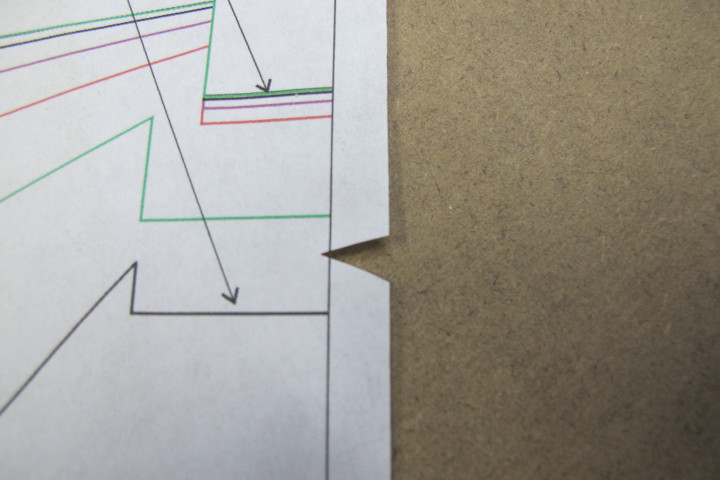 With the plans aligned, I taped the corners in place, and threw down a few sheets of carbon paper underneath the plans along the line I wanted to trace. Using a blunted nail, I freehand traced the sation lines, which transferred the line through to the MDF. Straight portions (like the recess for the keel and waterlines) were traced with a ruler.

Figure 9: Use carbon paper to transfer lines to the MDF. 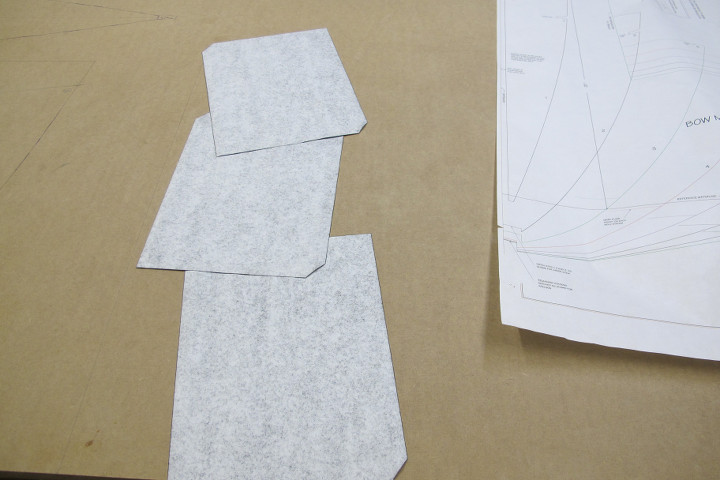 Finally, I ran over the traced lines with a dullish soft-lead pencil to get a nice bold sawing line. First session I only got 6 of 15 stations traced, plus the stem mold. It was a discouraging amount of progress but with my system figured out, I'm thinking next tuesday I can work faster and finish the rest.
Posted by Unknown at 12:33