This week I needed a bit of advice and so posted a thread at the woodenboat forum. I asked about the best way to brace and square the molds to the surface of the strongback. Is it better to add square braces to each mold, or can I rely on the inside keel strip and the well-braced stern and stem molds to keep the whole thing rigid. Bert Langley, a member there, indicated it would be best not to just rely on the inside keel, but to add square braces and perhaps temporary strips at the turn of the bilge to keep things rigid until I have my first few rows of hull strips in place. This advice was echoed in a few other members' answers, so that's what I plan to do. This week I just added the square bracing because I still need to scarph the inside keel piece. 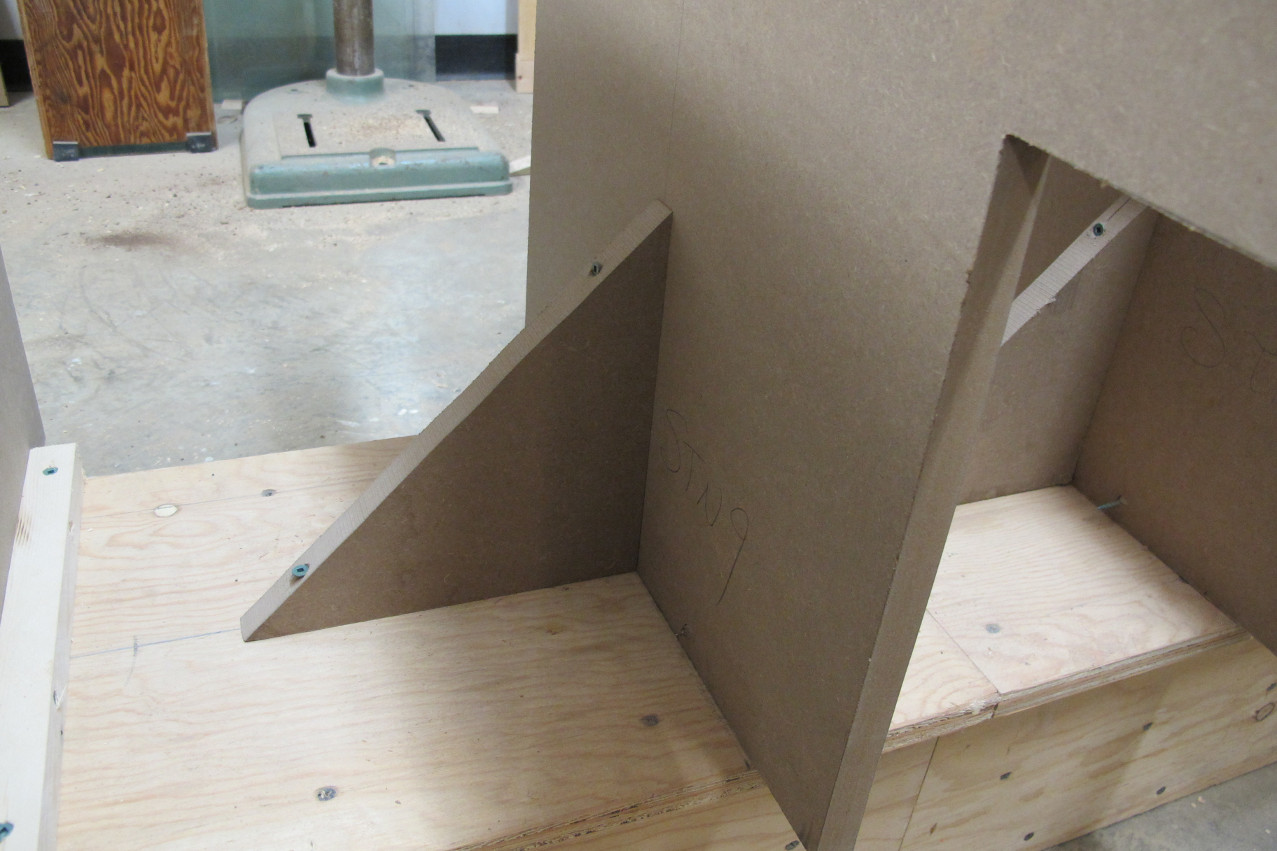 Making and bracing all those molds took quite a bit of time, and I ended up splitting the MDF on a good number of them because I was screwing into the "end grain" of it. The stuff is kinda pressed in layers, so screwing into the thickness is impossible unless you pre-drill and pre-countersink. The splits were annoying, but I realize it at worst they will still serve to keep things square until I affix the inside keel and temporary bilge strips. At that point a few compromised braces won't matter.

Next came the fun part - making shavings! I had some lessons on scarphing by hand at Harry Bryan's shop last fall:
http://www.harrybryan.com/

He taught the class techniques for getting decent scarph faces using either a framer's slick or jack plane, instead of a powersaw and jig. This appealed to me because all of my hand tools are of decent quality (antiques, largely) but my power tools are a bit shit. So I traced the requisite 12:1 lines on the ash keel sticks and set to work. You'd think it would be hard to do this with hand tools but it is surprisingly relaxing. Procedure:
And that's it. The whole procedure only took about 15 minutes.

Figure 21:  Sorry no progress shots, but this is the end result 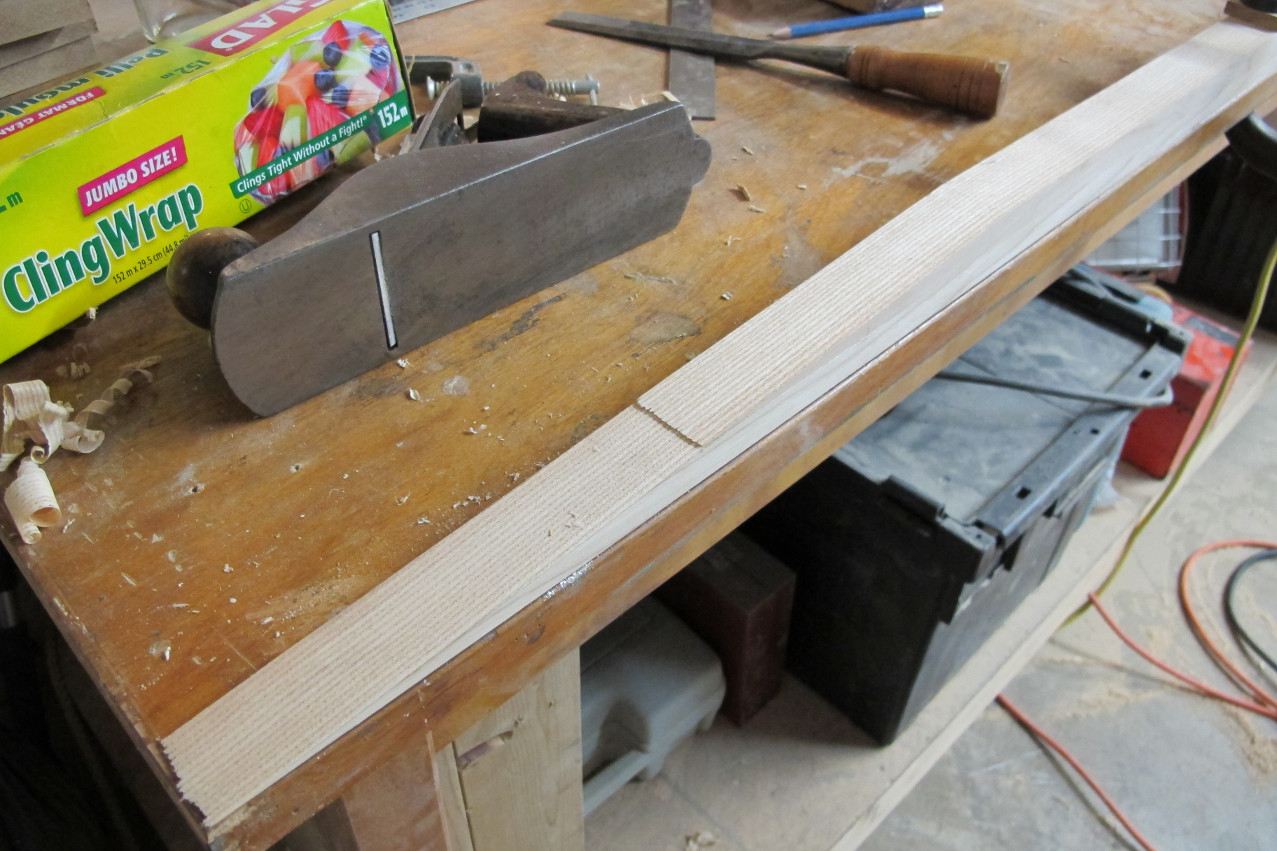 Figure 22: Closeup of the "feather edge" that you're supposed to get if you did it right. 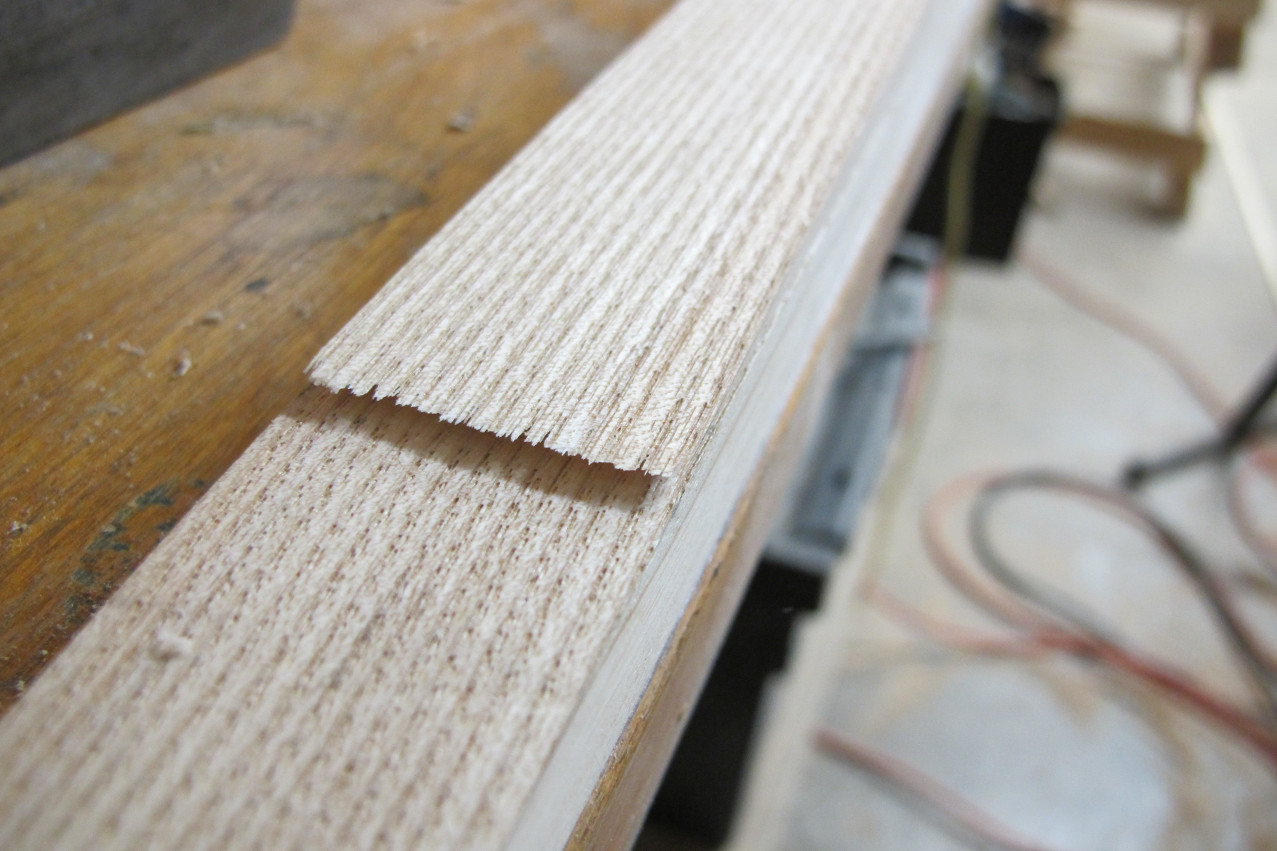 Gotta love the big swirl chip that flies off at the end of each stroke and the nice shearing sound it makes when the blade is good and sharp. The plane has always been my favourite tool for that reason. 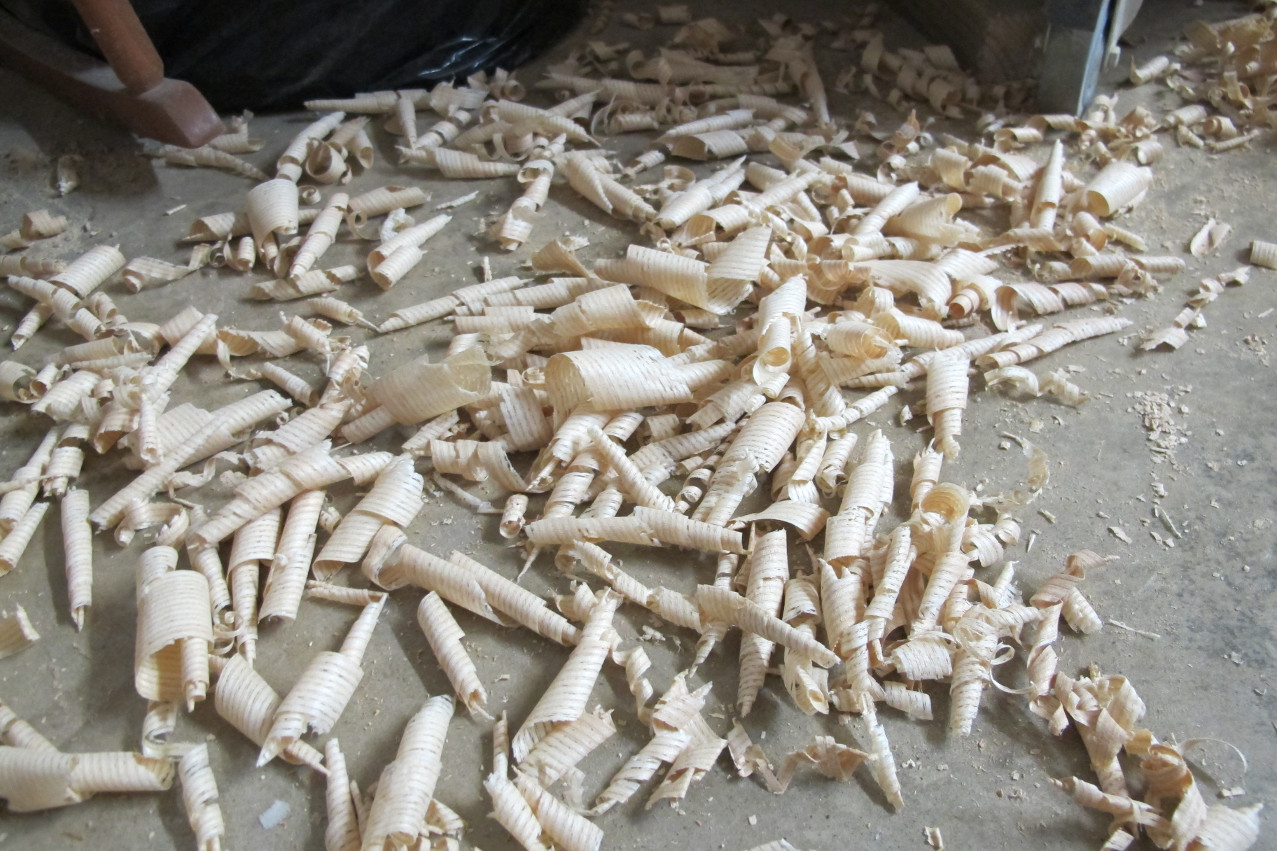 I ran out of time, but I'm going to glue this up over the weekend (WEST epoxy and adhesive fillers) so that it's ready to put on the mold for next week's shop night.

Setting up the molds was a pretty fun process. Nice easy methodical work with not too much dust creation or noise. I took a couple of scrap 2x4s and ran them through the table saw to make 1"x1" stock. These got sawed into 12" long sticks which became the anchors for the molds.

For positioning, I snapped a chalkline on the strongback to mark the centre (molds all have a marked centreline too). Then plotted out all the mold positions and dropped a perpendicular off each using a homemade compass (a stick with a nail in one end and a pencil jammed through the other). Assembly was pretty simple after that. Screw an anchor stick to the strongback, centre a mold, screw that to the anchor stick, repeat. 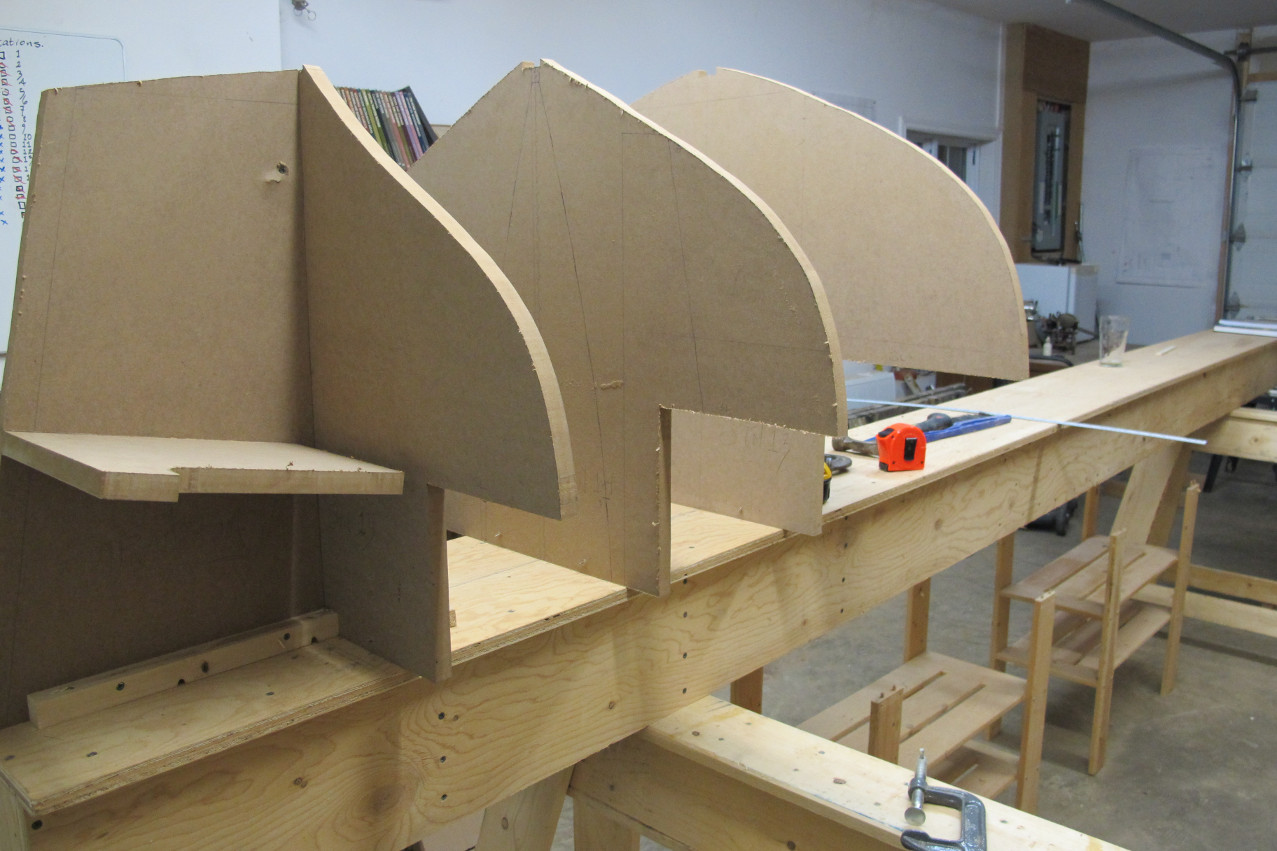 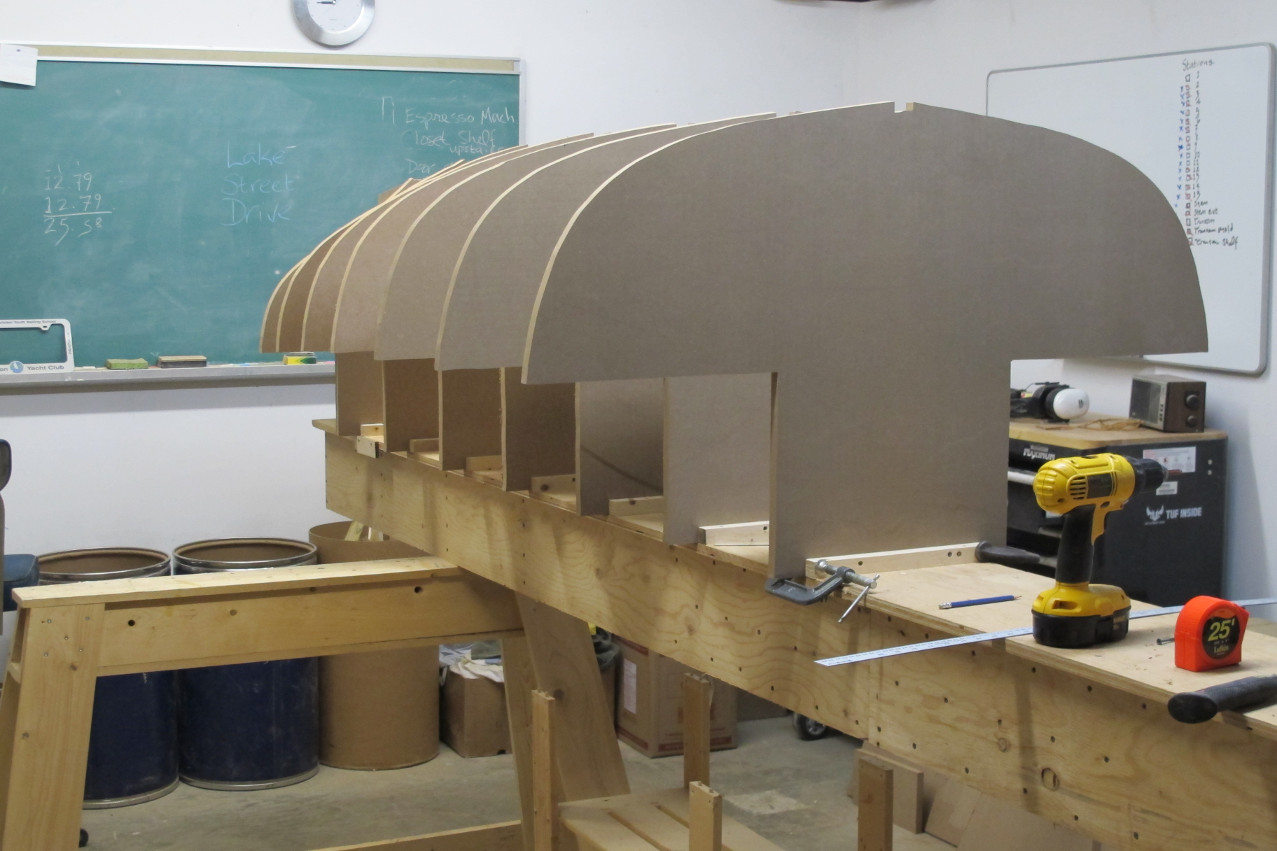 This process goes very quickly once you figure out the first couple. They are not particularly square (straight up and down), but the foremost mold and rearmost mold are squared to the transom and stem molds. This means I can use them as sturdy anchors for the ends of the keelson, and nail the keelson to each mold in between to keep them straight too. I don't know if that's what you're supposed to do (probably not) but I'm going to anyway. 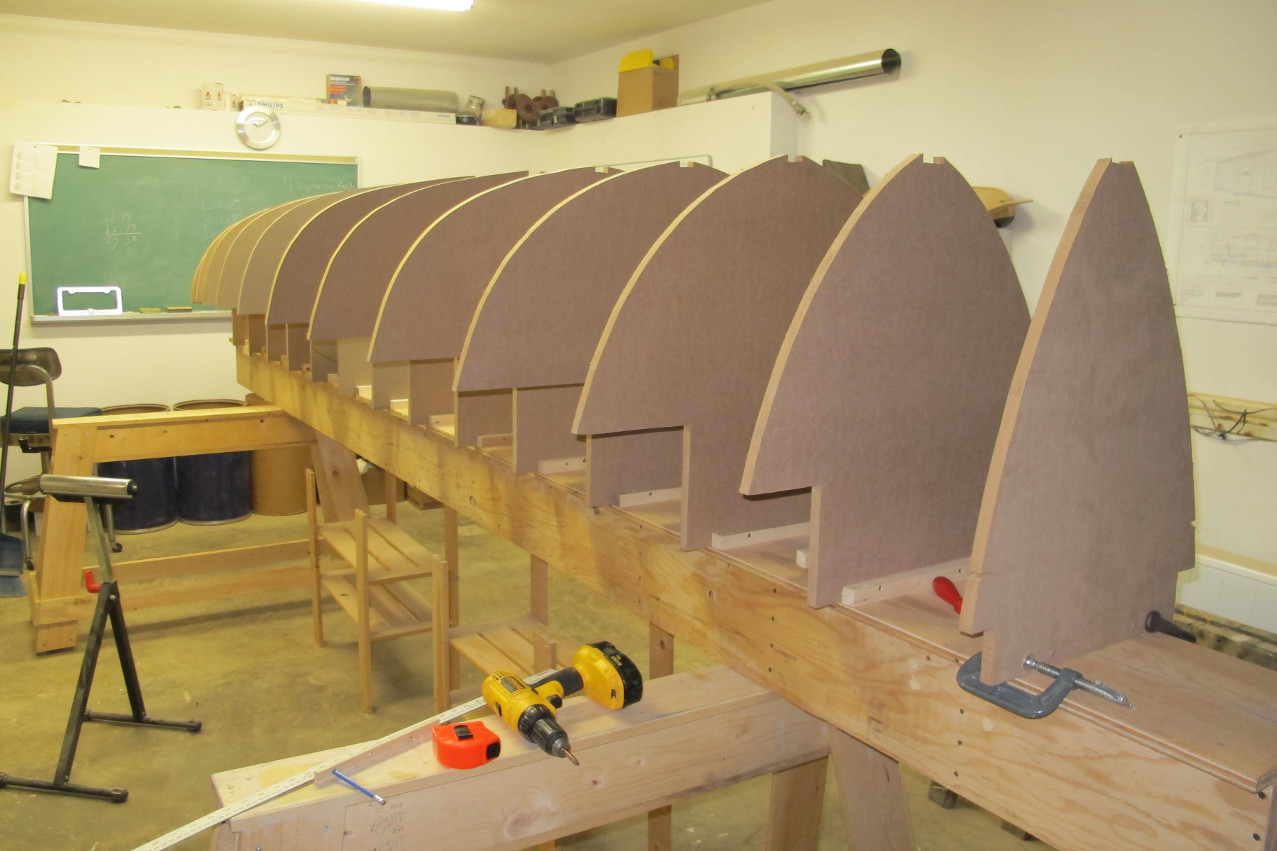 Figure 19: Done from the back. 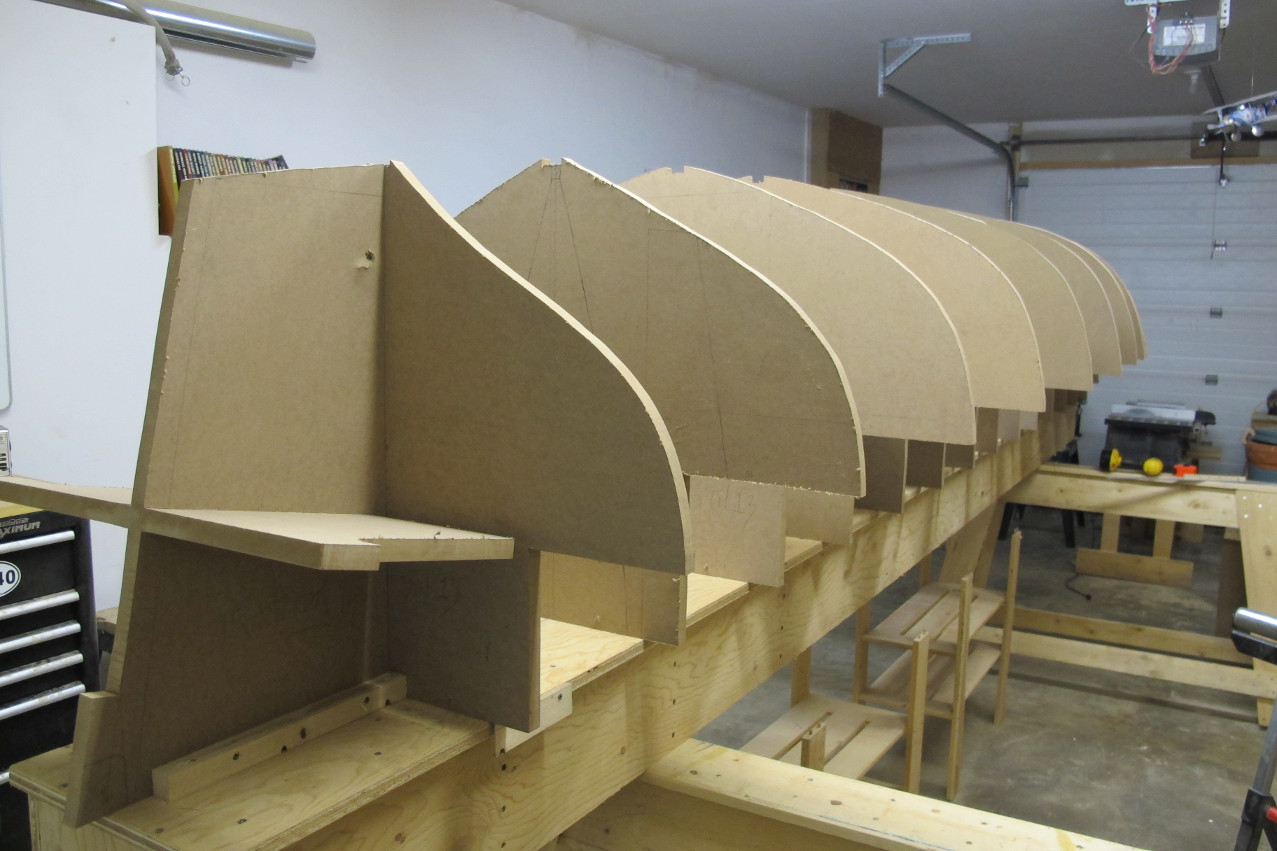 I stopped before getting into the process of making the stem. That'll be the project for next week.  I'm planning to make a laminated one rather than a sawn one, which in a lot of ways is easier, but will involve gratuitous epoxy mess, so better to begin that process on a new night. I'll also mill the keelson out of 10' stock and scarph join 2 pieces to bring me up to the approximate 15' total length I'll need. I am supposed to have some help from somebody who knows what he's doing this week too, so maybe I'll even get the transom blank glued up.

Really not much to desribe in this post. The process of sawing the forms was pretty self-evident:

I bought this makita jigsaw (Fig 13) three years ago and didn't realize until now that I got it with the whitehall plans with the intent of using it right away. I've found lots of other uses for it since then, but it's nice that it gets to fulfill its purpose after all this time. It is a nice little tool actually. Variable speed reciprocating action, variable cut angle, strong motor, uses generic blades. It made short work of mold cutting. 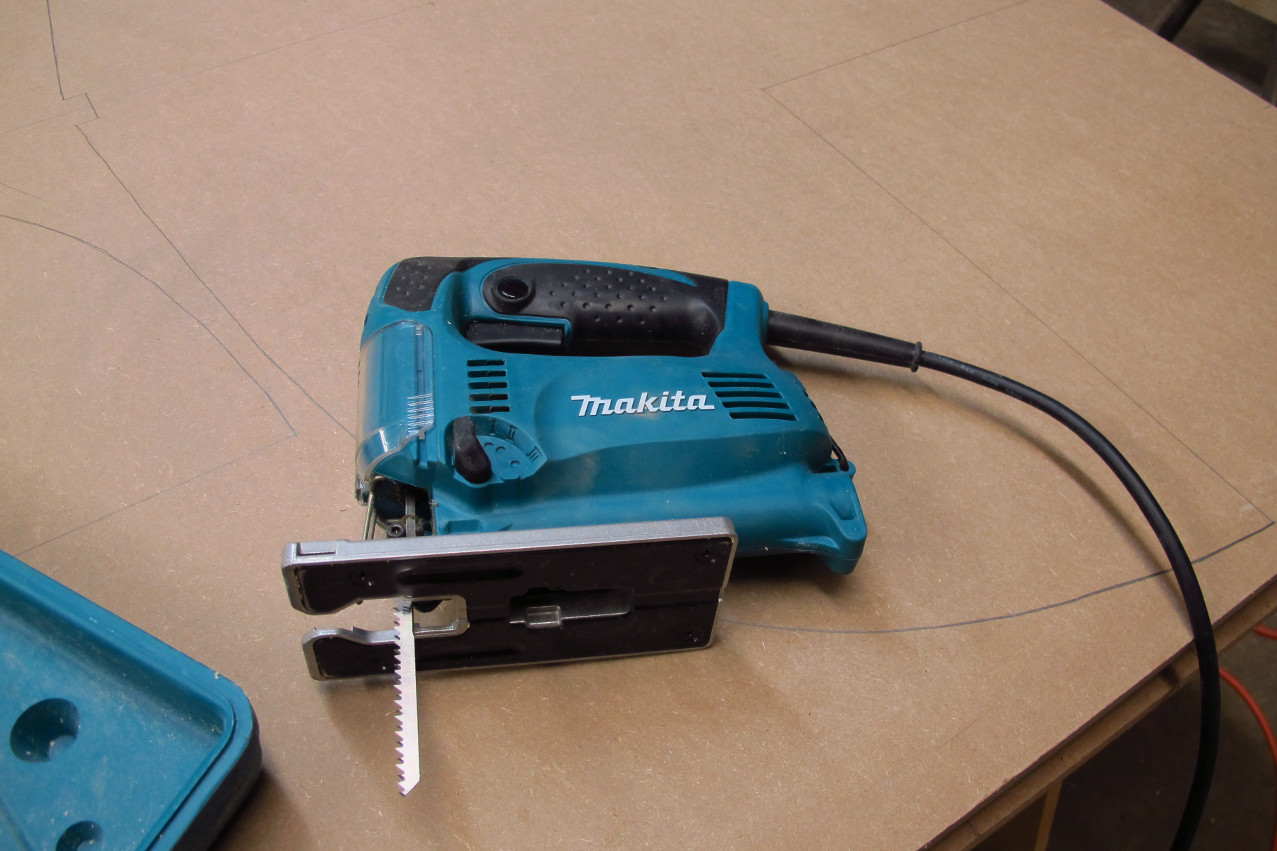 Figure 14: The molds all ready to mount on the strong back 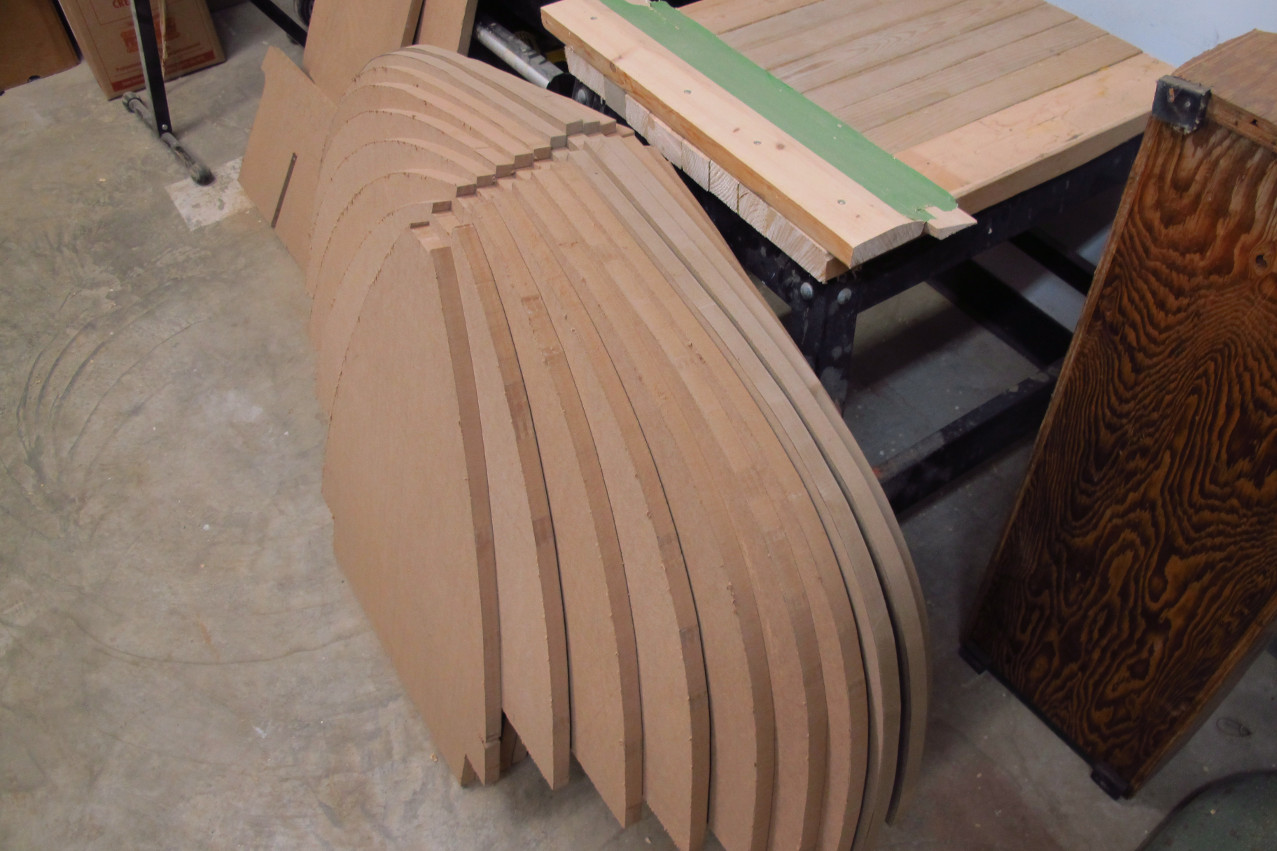 Figure 15: Molds from a different angle 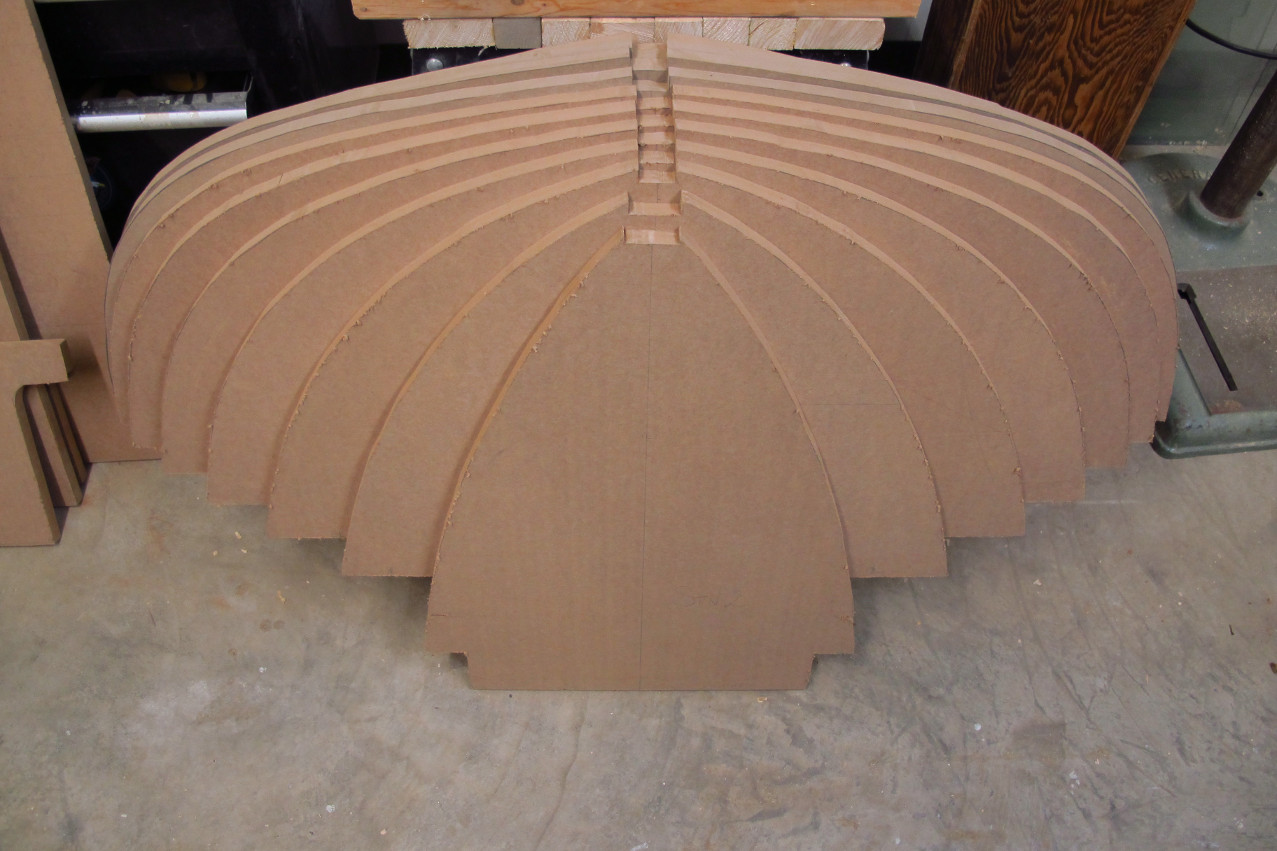 Can't wait to start lining these puppies up on the strongback. I can see things taking shape a bit now but the visual will be so much better once they're all standing and properly spaced.

Here is where I cross into completely foreign territory for a short while. For some unknown reason originating in my reptilian brain, I thought it would be a good idea to have a longer boat. Plans are for a 16' boat, but since I intend to use it with two rowers I thought the extra length would be an asset in efficiency. I also read (can't recall the reference) that 16' is maximum for 1 rower in a whitehall and bare minimum for 2 rowers. Maybe it will be imperceptible overall, but fuck it, who cares. I want a longer boat. From what I read, it's not generally an issue as long as you don't increase more than 10% or so. Usually you only want to change length - not beam.

This is pretty easy to do in cedar strip. Simply set the forms on the strongback with some extra space between each and voila! You have a longer boat. This presented a small problem at the bow when I realized that a stem faired for the original dimensions might not be quite fair if it was simply translated farther from the first station mold. The stem shape itself would have to be re-drawn and stretched slightly for the new hull dimensions.

This presented an opportunity to practice with battens. I've done a lot of reading about lofting and how to draw fair curves based on a limited set of reference points using battens. To generate the reference points I took offset measurements from the paper plans and multiplied each offset by the before/after length ratio. I re-plotted them on my MDF board (preserving the vertical dimension), punched nails in as guides and sprang a batten around them. Figures 10-12 show the process.

Figure 10: Constraining the batten using nails. Real boatbuilders have weighted hooks to do this--but I'm not a real boatbuilder. 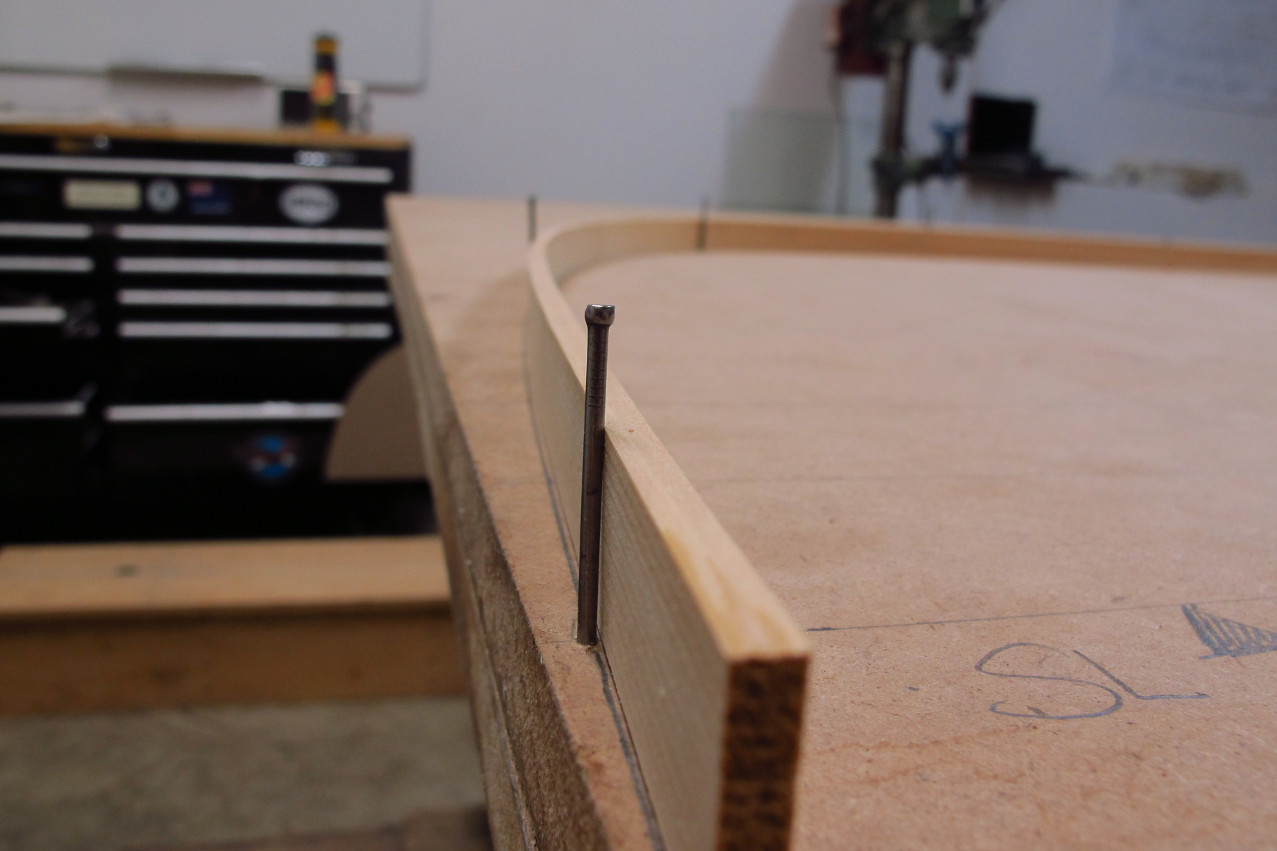 Figure 11: Pretty damn fair if you ask me. 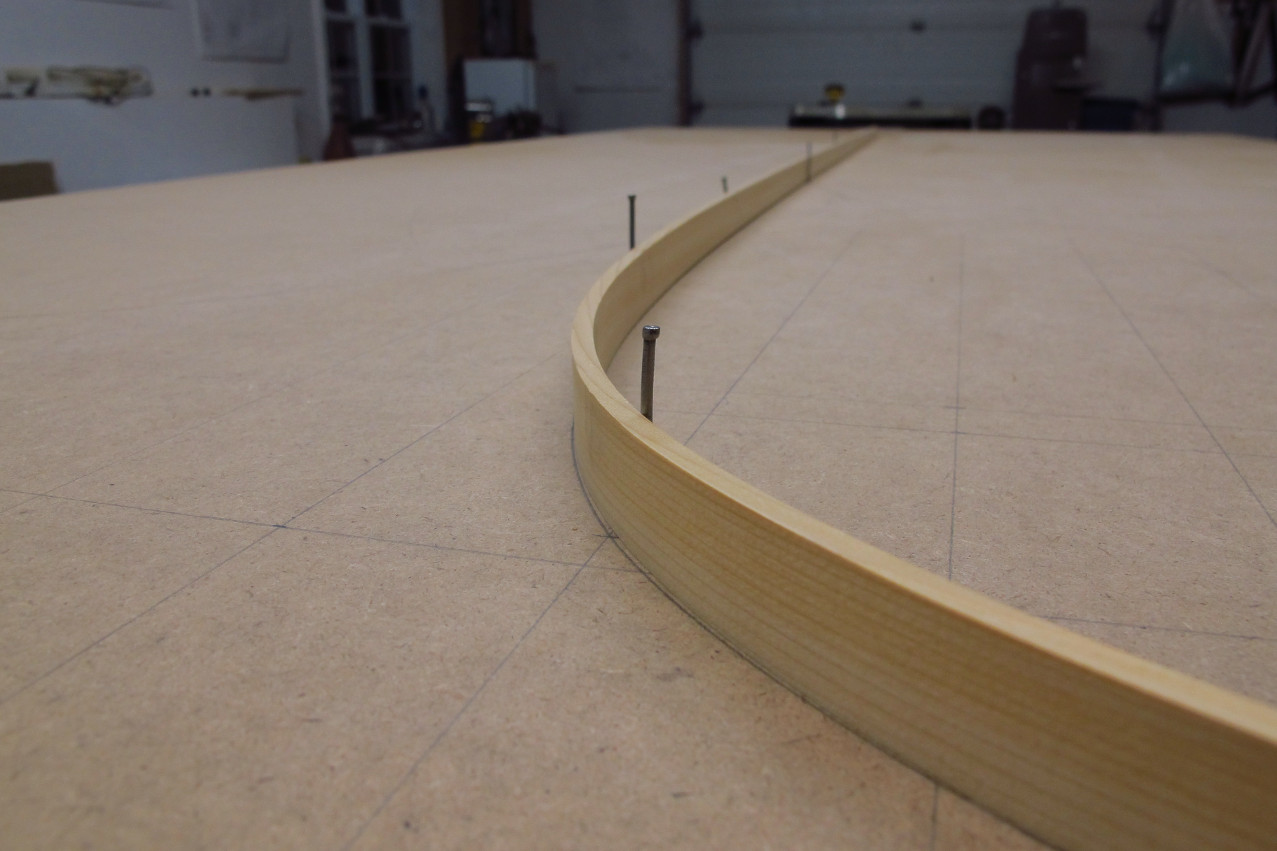 Figure 12: Here I constrained the batten much farther than the stem itself using offsets pulled from the bow molds. This ensures a fair blending of the curve from stem to keel. 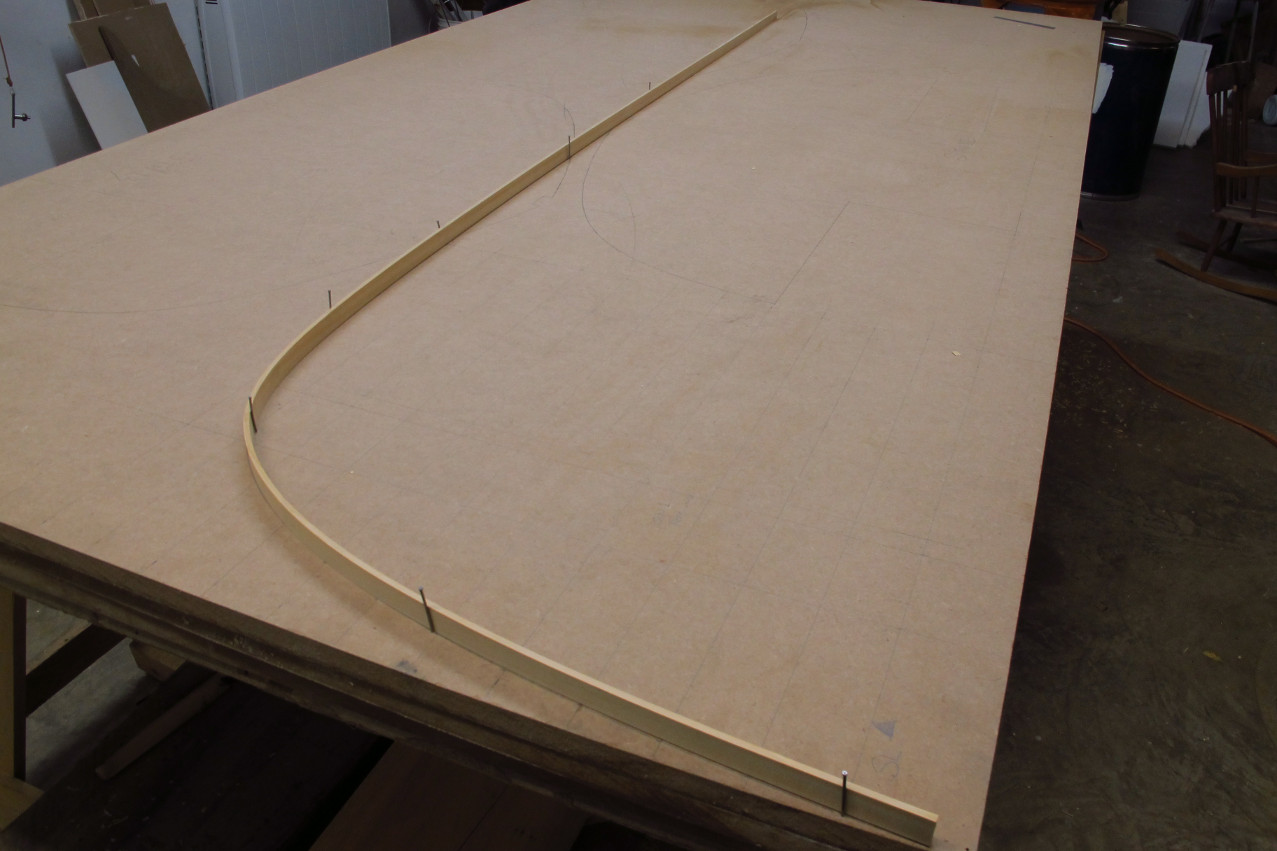 I can totally see now why battens are so heavily favoured for drawing curves in boatbuilding. Once you have it coarsely constrained to the reference points, you can see plain as day where unfairness lies, and adjust your constraints slightly to relieve areas where the batten doesn't curve right. It's an interesting process too, because adjustment of constraints doesn't always have the desired effect. You might adjust the constraint nearest to an unfair section and realize that it just creates a new unfairness farther along. Then you try adjusting in a different spot farther along the batten and the whole thing just magically springs into a perfect curve. Neato!

Important caveat: don't overconstrain. I was having limited success until I called my buddy (who is a former boatbuilder) and he told me to pull a few of the nails. It should take the desired shape using only 2-3 nails to hold the curve.

EDIT: I realize that the same proportional stretching should be done on the transom, but by by calculations it amounted to adjusting the rake of the transom by a mere 1 degree. Given the extra work that would be involved in adjusting the angle and re-drawing the whole transom mold, I decided it would be easiest to just translate the transom and leave its shape/angle the same. I can always make adjustments to the molds if the hull gets wonky in the aft end (though I doubt it will).
Posted by Unknown at 12:32 No comments: