Just a mini post today. I took 1/2 an hour and glued up the scarphs I cut last week. I checked with folks on the woodenboat forum because I wasn't quite sure how to do this. Two reasons:
Solutions to these were quick and simple from a member called keyhavenpotterer. First off, don't worry about small gaps. Epoxy and fillers are designed to fill them and as long as the gap isn't very big. Second, to avoid the problem of glue-starved joints, simply paint the scarph surfaces with unthickened epoxy just after you mix up the pot. Add fillers into the epoxy while you wait a couple of minutes for the wood to suck up some of the unthickened stuff. Then, before anything cures, do the final glue-up.

For gluing I use WEST system with the slow-curing hardener and WEST adhesive filler fibres. The slow hardener is great because it leaves lots of time for messing around if you don't entirely know what you're doing...like me! Slow hardener apparently gives marginally better strength than the fast hardeners too, but It probably doesn't make a heck of a lot of difference here - I'm more concerned with a long pot life.

Figure 24: Scarph mounted in a gluing jig built on a piece of scrap MDF. 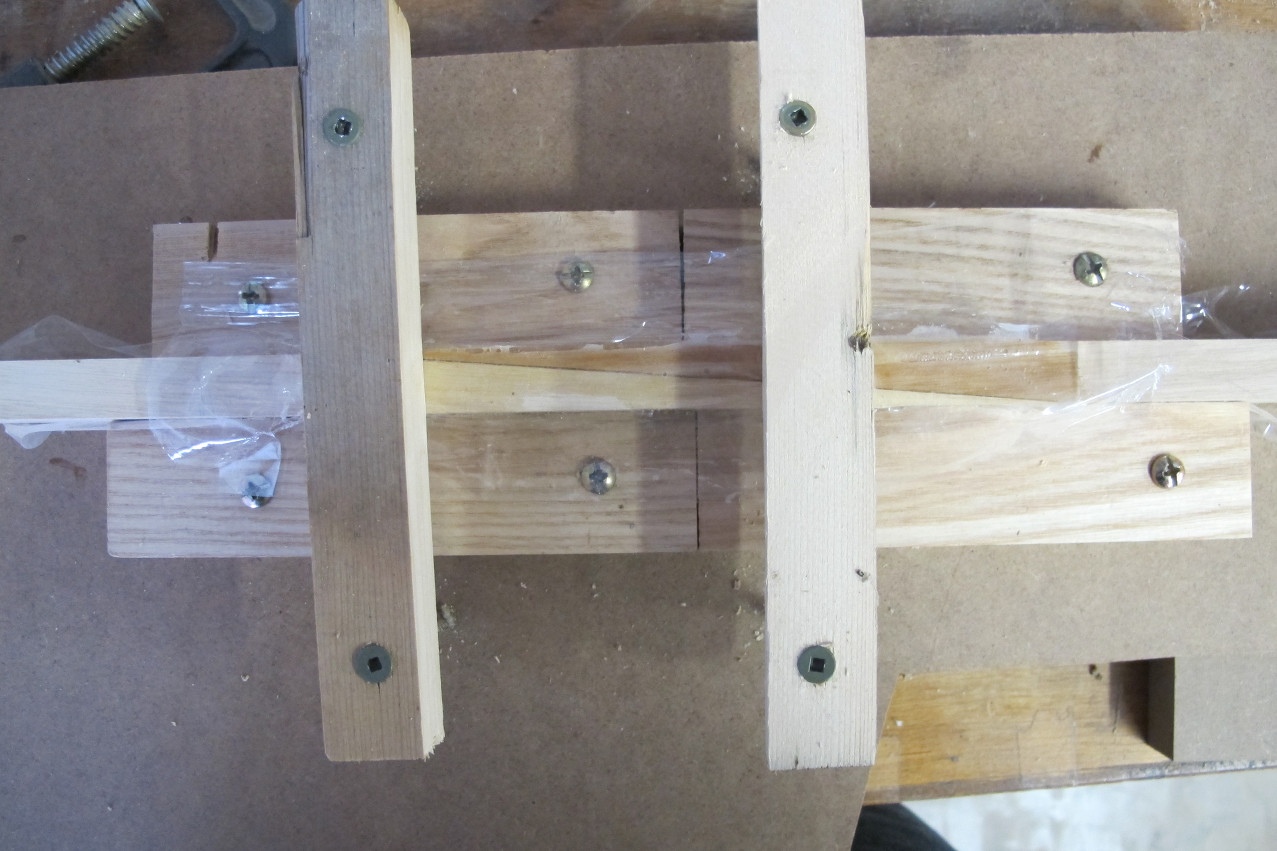 I also did the top 2 boards of the transom. I hadn't planned on doing this right away, but I had a bunch of epoxy left over and the stuff is too damn expensive to waste! 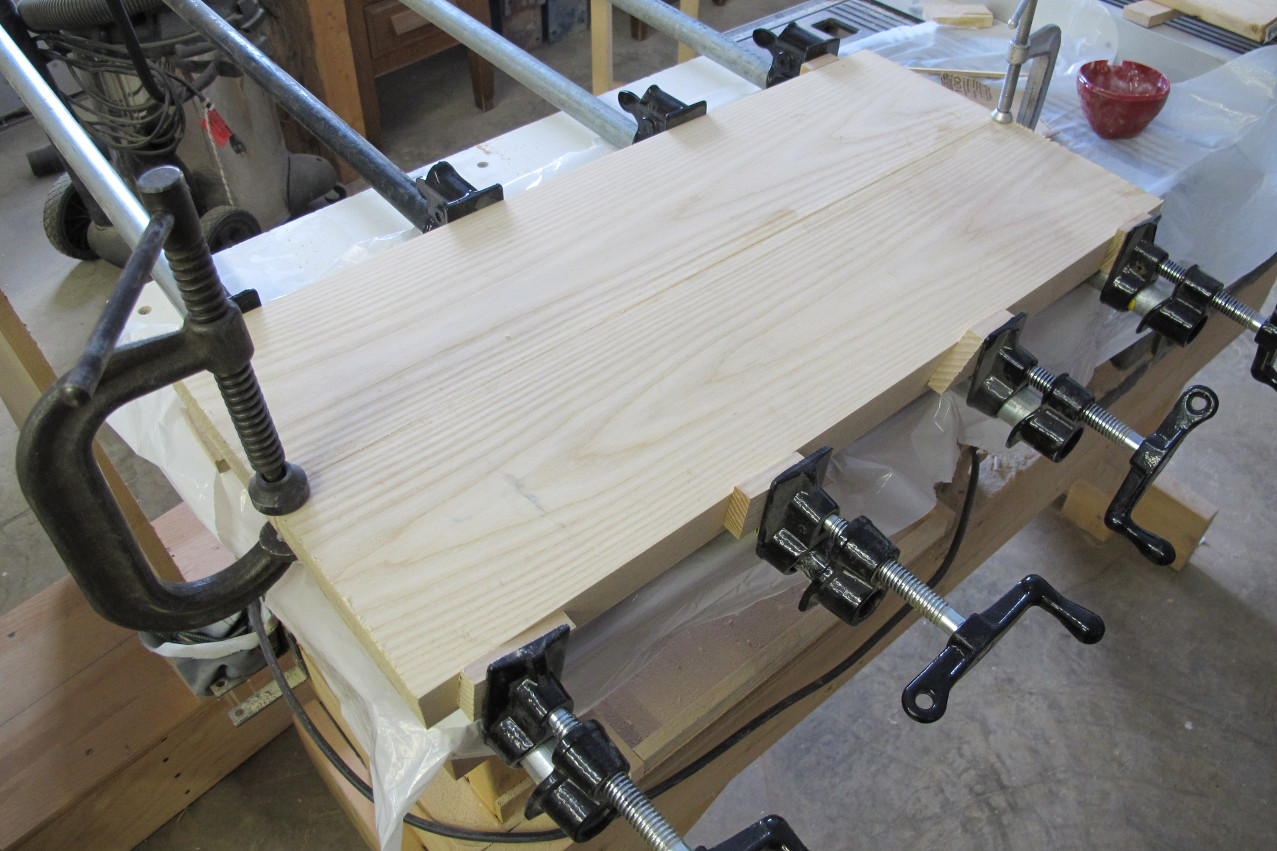