In a previous post I mentioned that there was a noticeable sway in the inner keel line. I was reading about this and other common pitfalls in my books over the weekend and they suggested tying a line from bow to stern molds in order to check alignment of the intervening stations. I figured it was worth a try if only to get the 1 or 2 stations in good alignment and holy shit am I ever glad I took the time.

The entire thing is out of alignment for fuck's sake - but there's a pattern. The offset is all to one side and it lessens at the bow and stern. Amidships, deviation from centre for each mold is around 3/4 inch! If I don't correct this now, I'll have a boat that perpetually turns to starboard - which is the opposite of awesome. Figure 30 shows the problem. 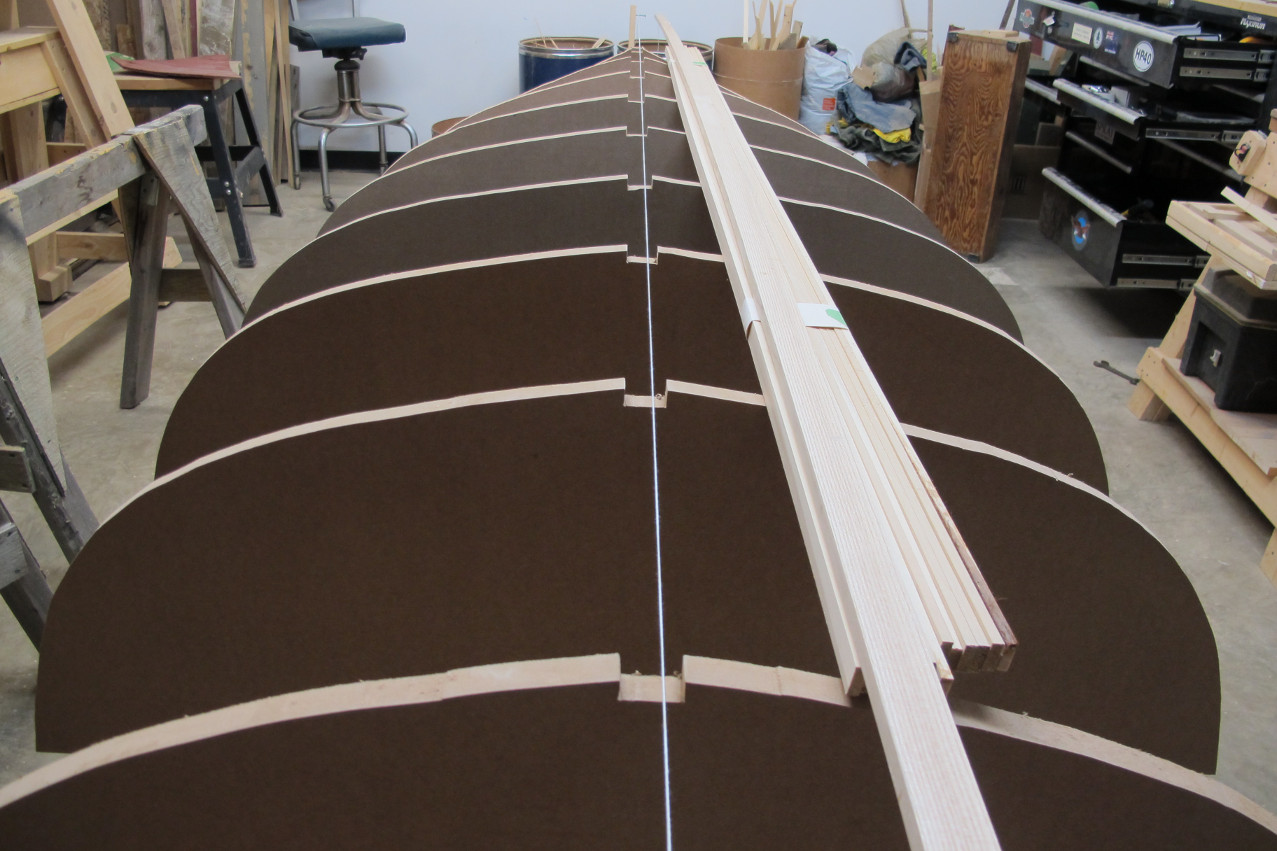 I'm confident in the straightness of my stern and bow molds, I took a lot of care in making sure each mold's centreline is perpendicular to the strongback surface. There should not be any problem with the strongback itself (since it is a 5/8" plywood box-beam, which by rights should be dimensionally stable in all directions). I'm guessing my problem has to do with the way I established the centreline. I did it with a chalk line and must have snapped the string a bit sideways...it's the only thing I can think of that would put that type of swoop in the centreline placements. I'll triple-check the strongback to be sure, but the chalkline seems like the likely culprit right now.

So assuming I'm correct, I should just be able to correct the swoop by sliding the offending molds to starboard, using the string as a guide. A setback, yes, but not as bad as it might have been if I'd been hasty. I'll be triple-checking everything else on the mold from now on - that's for sure.

Those pieces of ash I milled up are not going to bend around the stem radius without some steam, so I took a few hours this weekend and set about making a steam box. There is a lot of advice on how to do this, but it basically amounts to:


I found a DIY steamer on the web that a fellow made out of scrap plywood and a lobster boiler, so I decided to copy that. I have the lobster boiler for homebrewing beer anyway, and it definitely boils the shit out of water, so there's step 1 taken care of.

For step 2, I ripped the plywood into 6" x 7.5' planks and screwed them into a box shape with drywall screws (these tend not to split plywood when screwed into the end-grain). Added a permanent end-cap on one end, some wire racks to support the stock, and a plywood lid to fit the lobster boiler. The finishing touch was a hinged end-cap (not shown) on the business end with holes to allow some steam to escape. 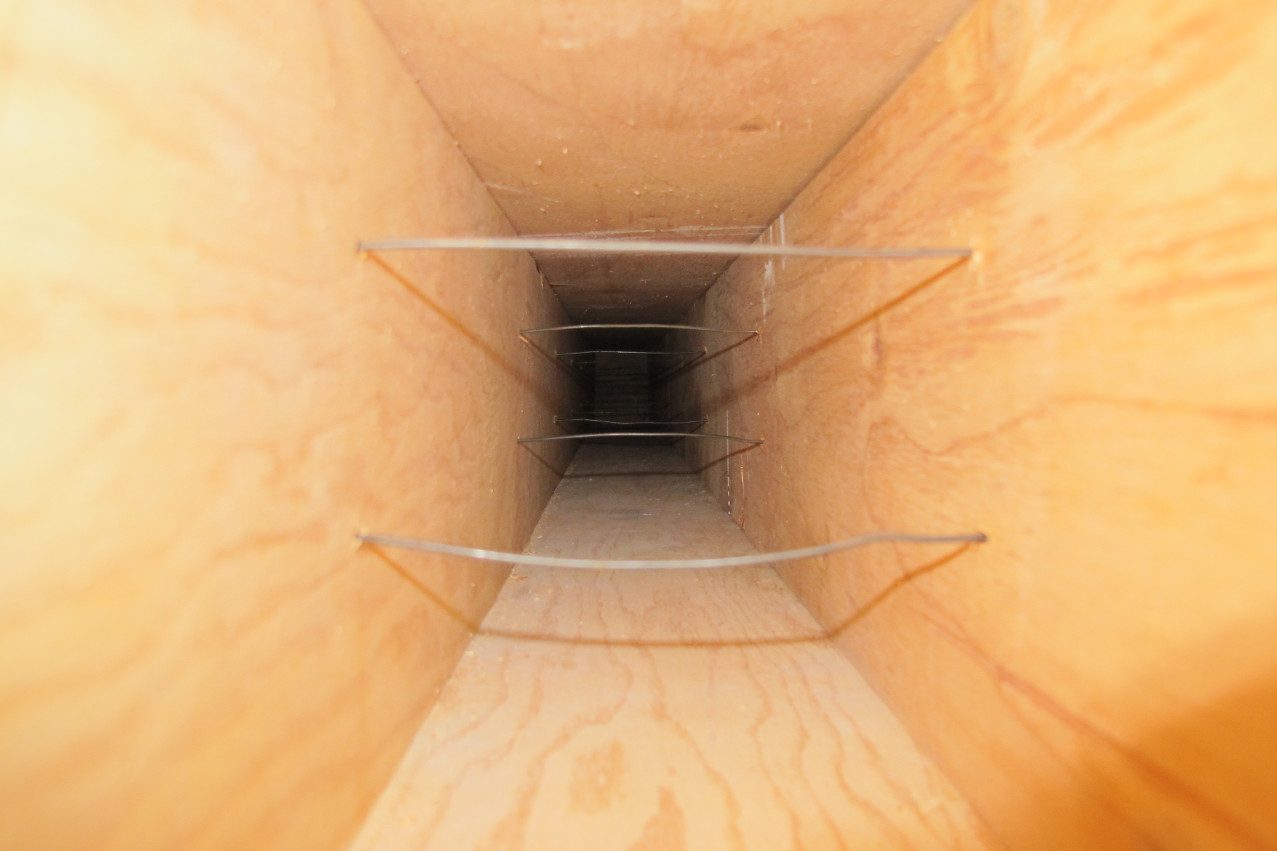 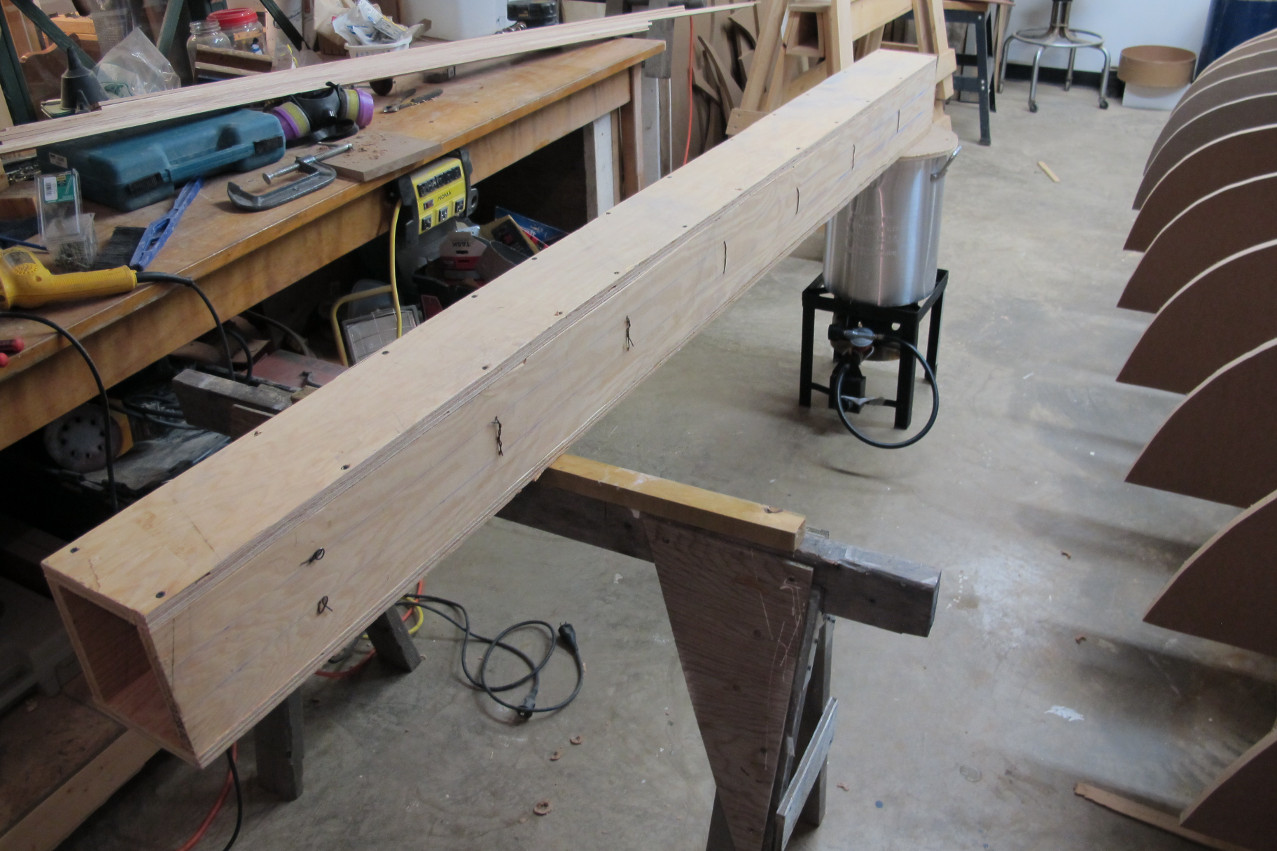 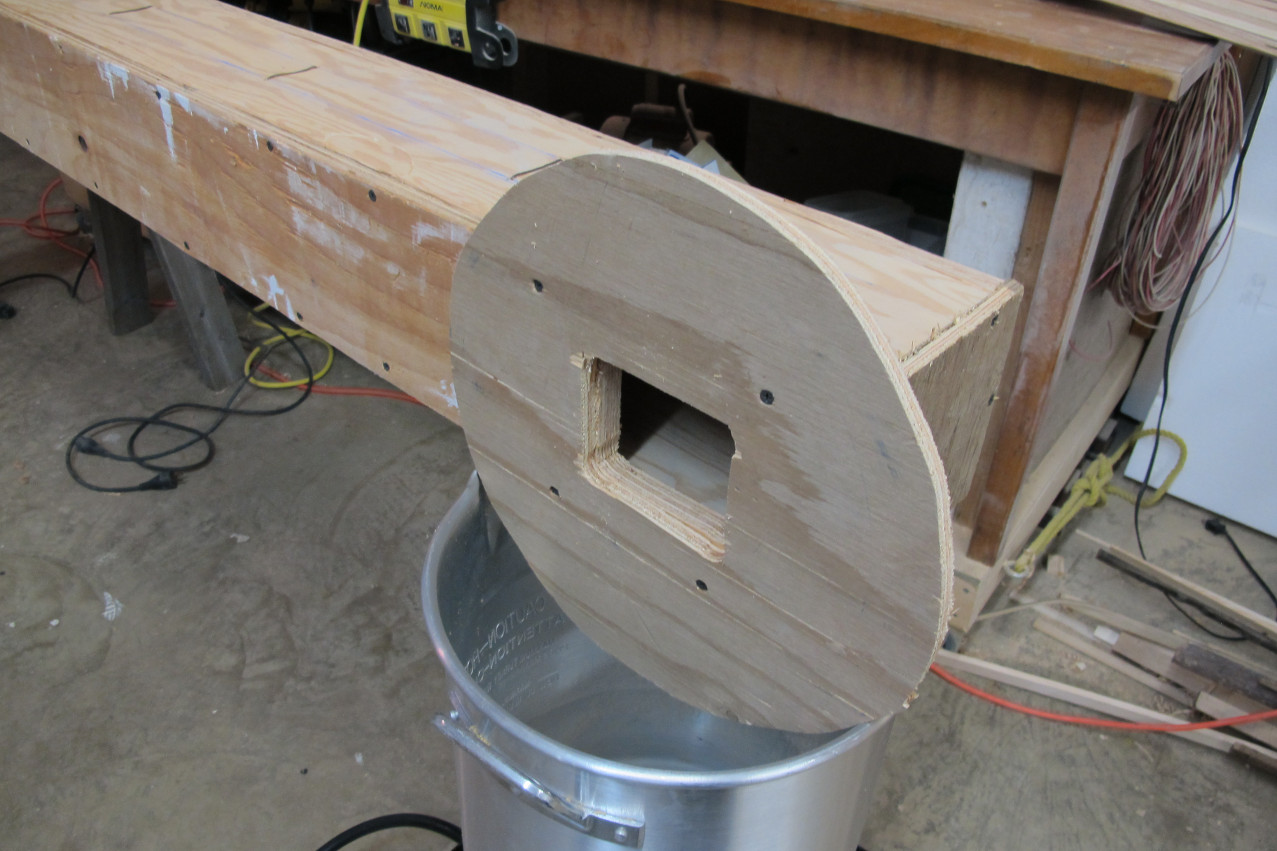 If I feed the stock in edgewise, this box should give me capacity to do all 8 laminates for the inner & outer stem at once. There was no time this weekend to actually do the steaming unfortunately, so that is priority one for this weeks' shop night.