Post XVI - A Solution for the Transom, Odds and Ends, Also Battens

Again, a long pause between updates. I've been busy or sick, or both for the last few weeks and work on the boat kind of stalled.

I came up with a nifty solution to the transom screwup described in the last post. Advice from the Woodenboat forum (ie from people that know what they're doing) was to either scrap the transom or plane off the rebate and move it back. I am done screwing around with the molds and I don't want to buy wood, so that meant I needed a different tactic. I decided to add material back onto the transom instead, in the form of some steam-bent cedar strips. The idea is that they'd fill in the rebate and enable me to chisel out a bevel.

So I made a form from scrap MDF using the transom as a template and steam bent to cedar to it, then glued the bent strips into the rebate with epoxy & adhesive filler. Drywall screws (predrilled) were used to hold the strips in place until things cured. Afterward, I backed out the screws and mounted the transom to the molds. As I fair the mold using my new battens (described below) I'll cut away part of the cedar and be left with a custom bevel.

Figure 45: Clamping the steam-bent strips to a scrap piece of MDF 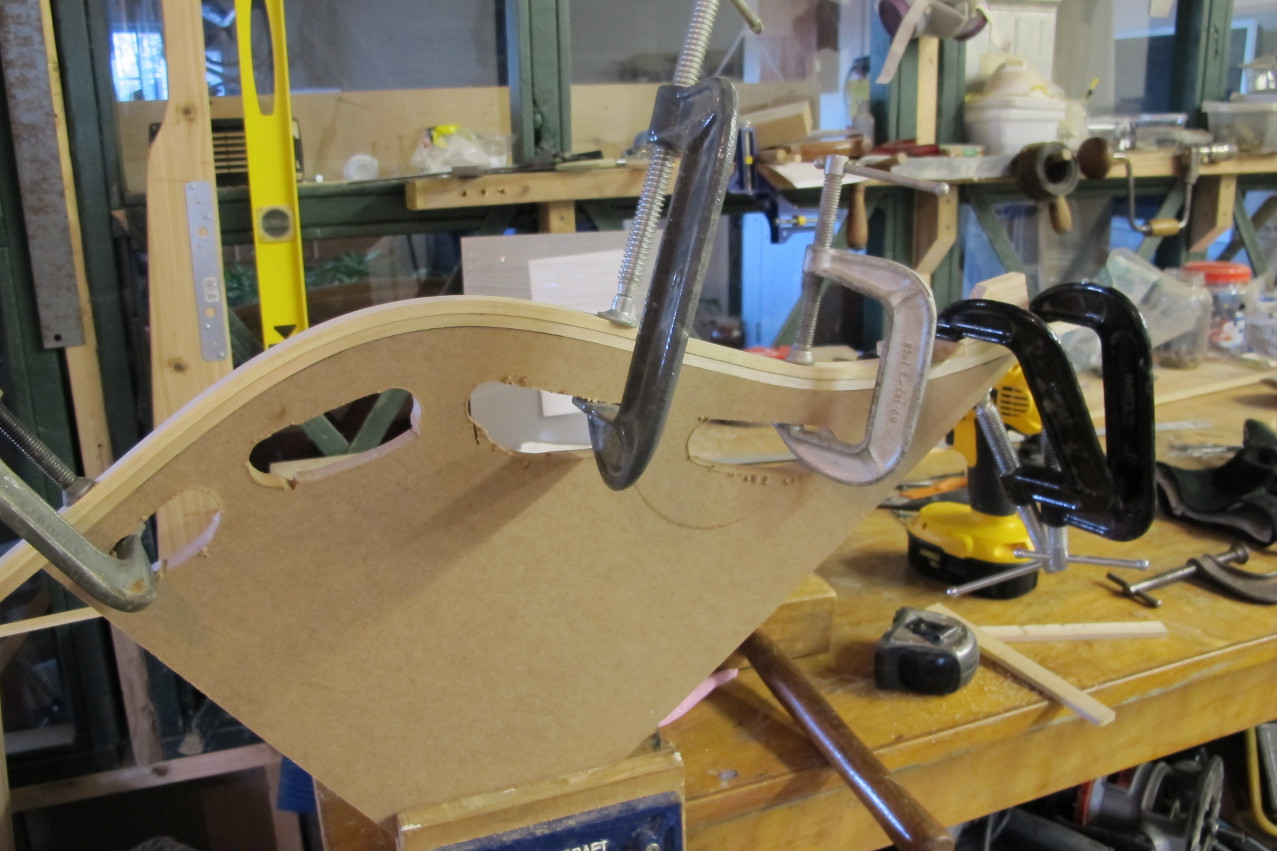 Figure 46: Glued strips to the transom inside the rebate 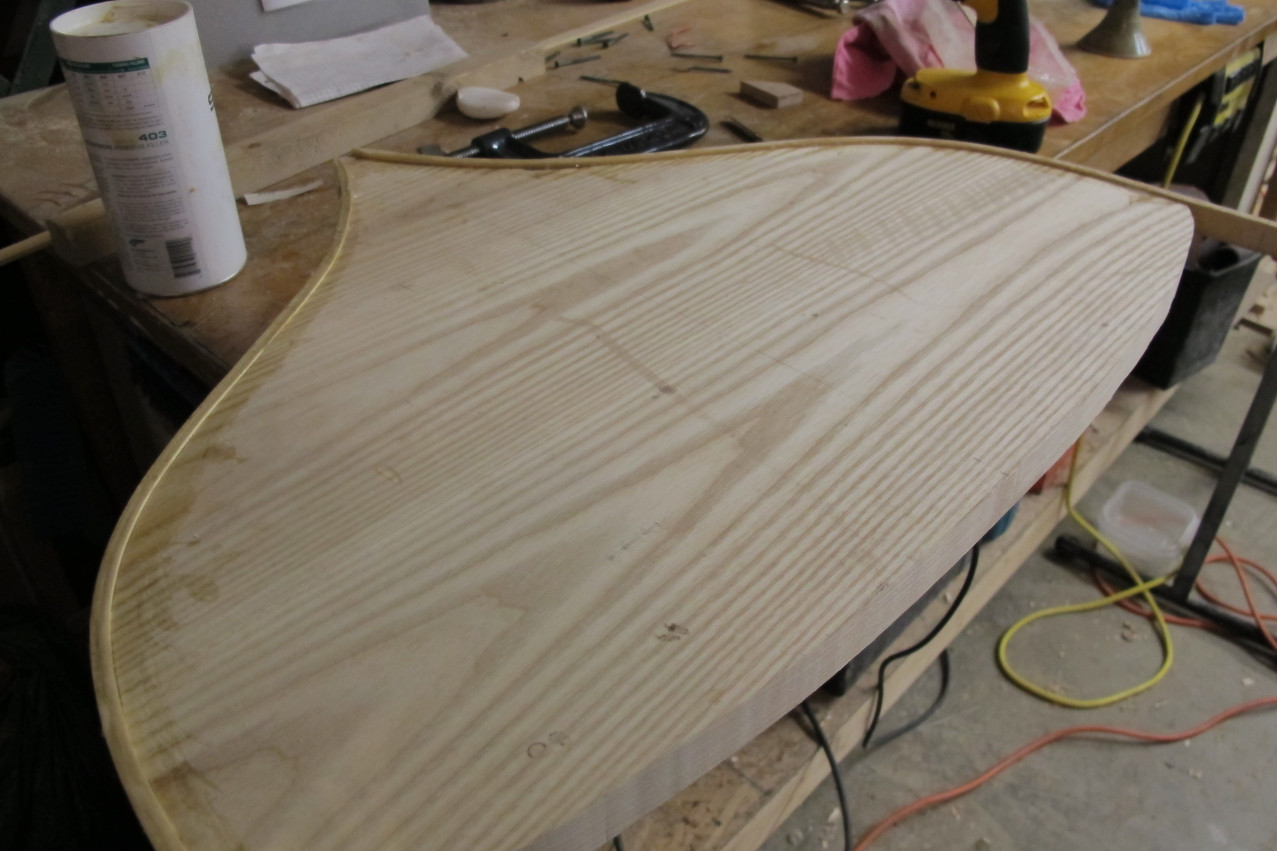 Figure 47: View of the screws 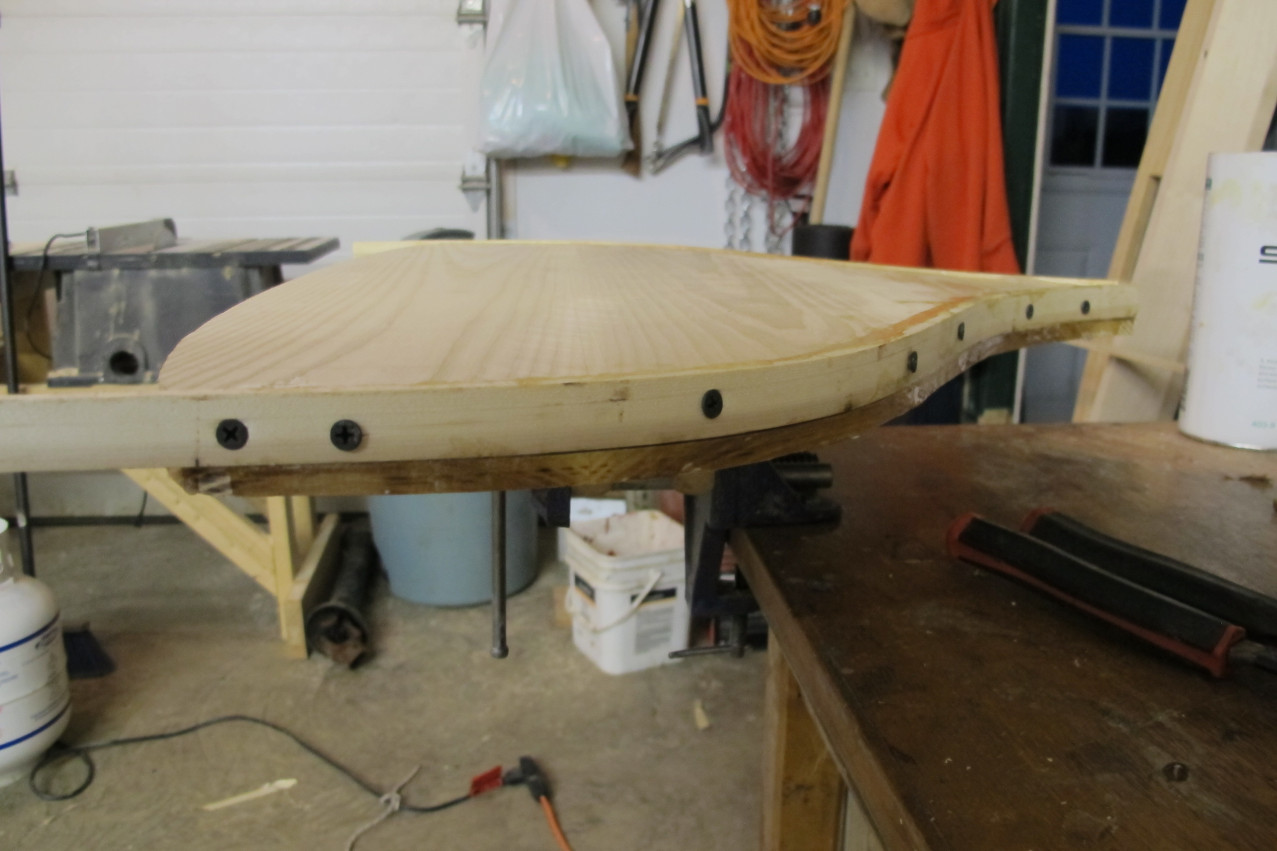 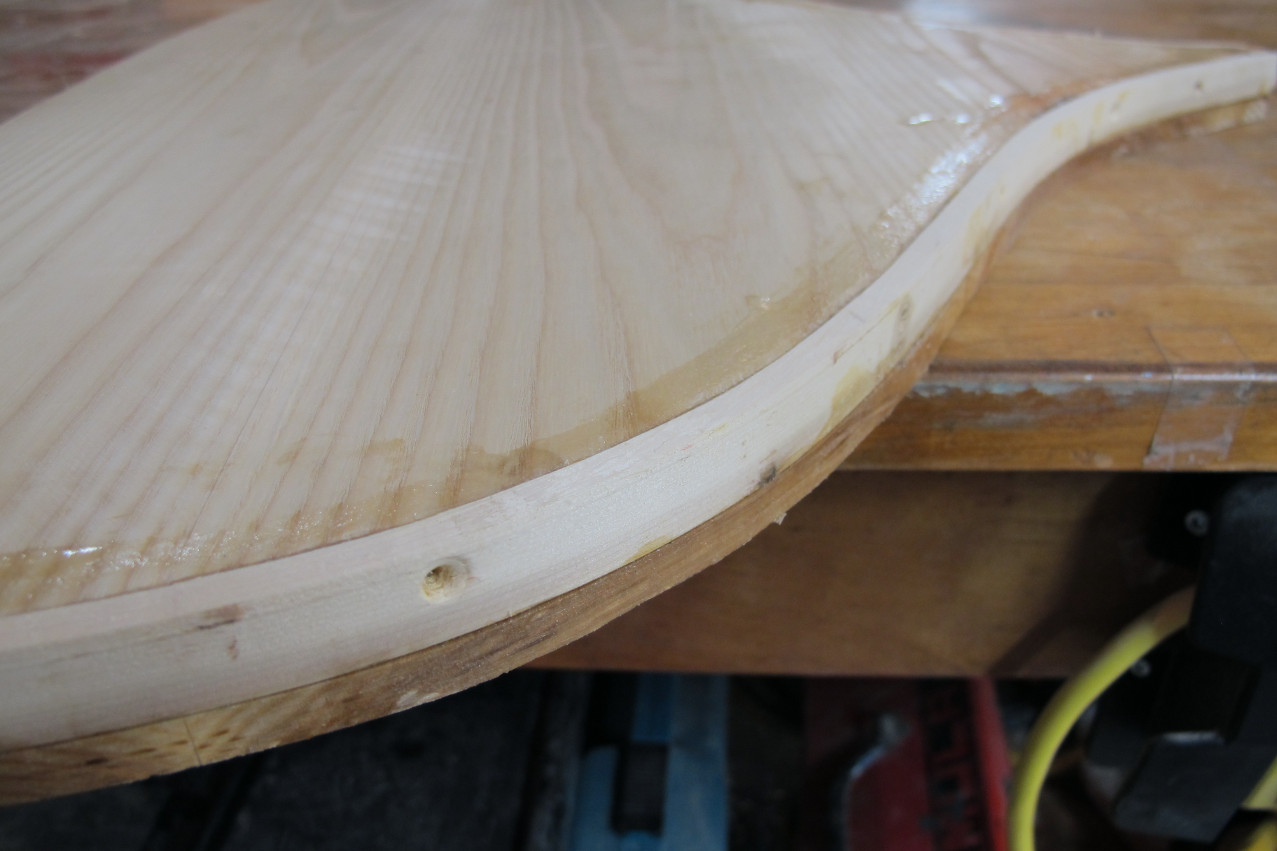 This procedure of course wasn't without its screwups. About half of the screws jammed in the hardwood and broke, Luckily, they broke off in the hardwood (ie deep in the hole) and not in the cedar. I don't expect them to get in the way when I'm chiseling, and the whole thing will be covered in glass/epoxy in the end anyway. I also realize the corner won't be as strong without the planking bonded directly to the transom, but I can handle that by filleting the inside corner and taping the outside corner after I do the main glass layups. Appearance-wise, I'm not overly concerned. I plan on painting a good deal of the hull's exterior anyway, and the ugly cedar filler strip will be hidden by the fillet.

The day I added the filler strips to the transom, I also scarphed 2 8-foot pine planks to make a fairing batten and glued the inner stem to the inner keel using the leftover epoxy/filler mixture. If any hardcore boatbuilders are reading this right now they're probably clawing their eyes out at a spliced batten, but I don't have much choice unless I really want to shell out some cash.

I'm getting a little better at scarphing by hand using a jack plane, but the joint isn't as tight as I'd like it to be. Luckily there are lots of scarphs left to go on the project (gunwhales, outer keel, outer stem,) so I should get lots more to practice on before all's said and done.

Figure 49: Clamping the scarph in the batten stock. 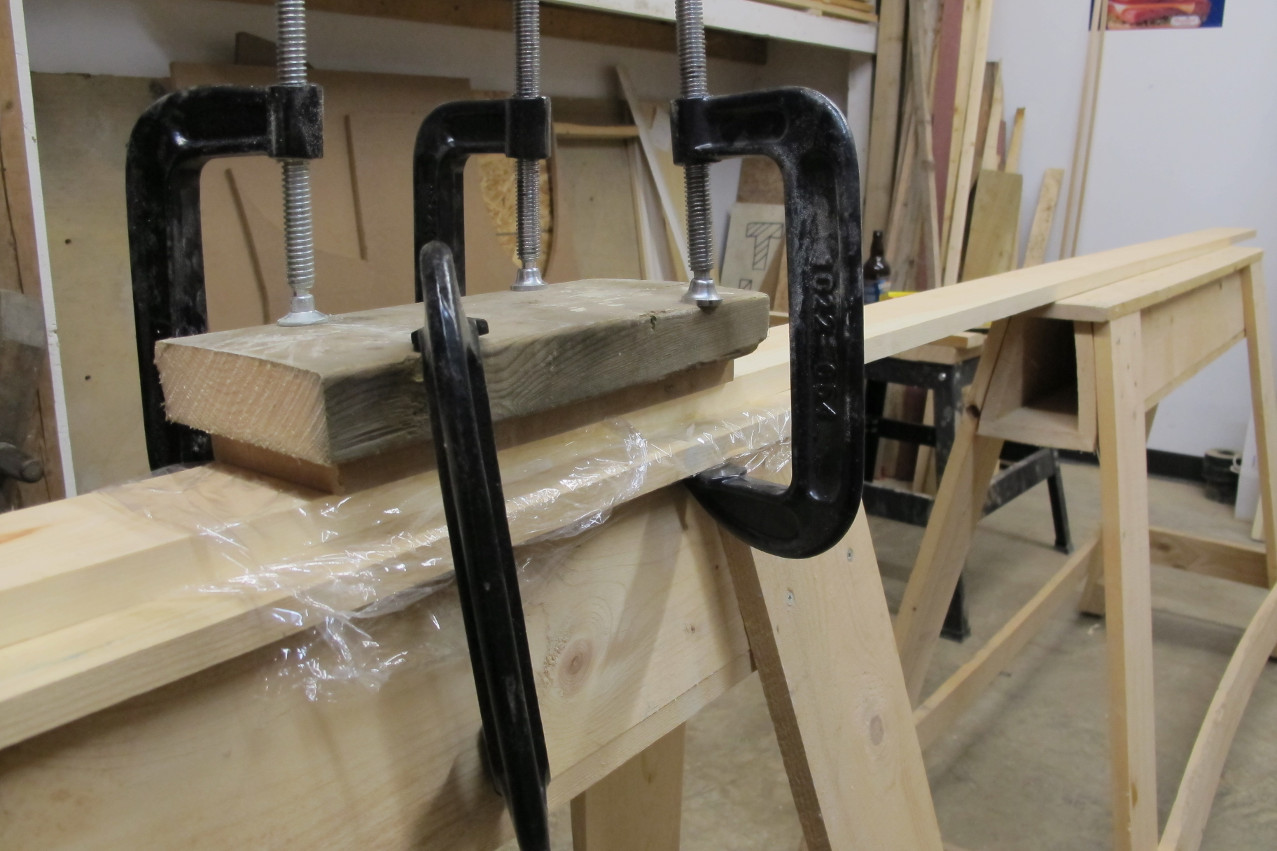 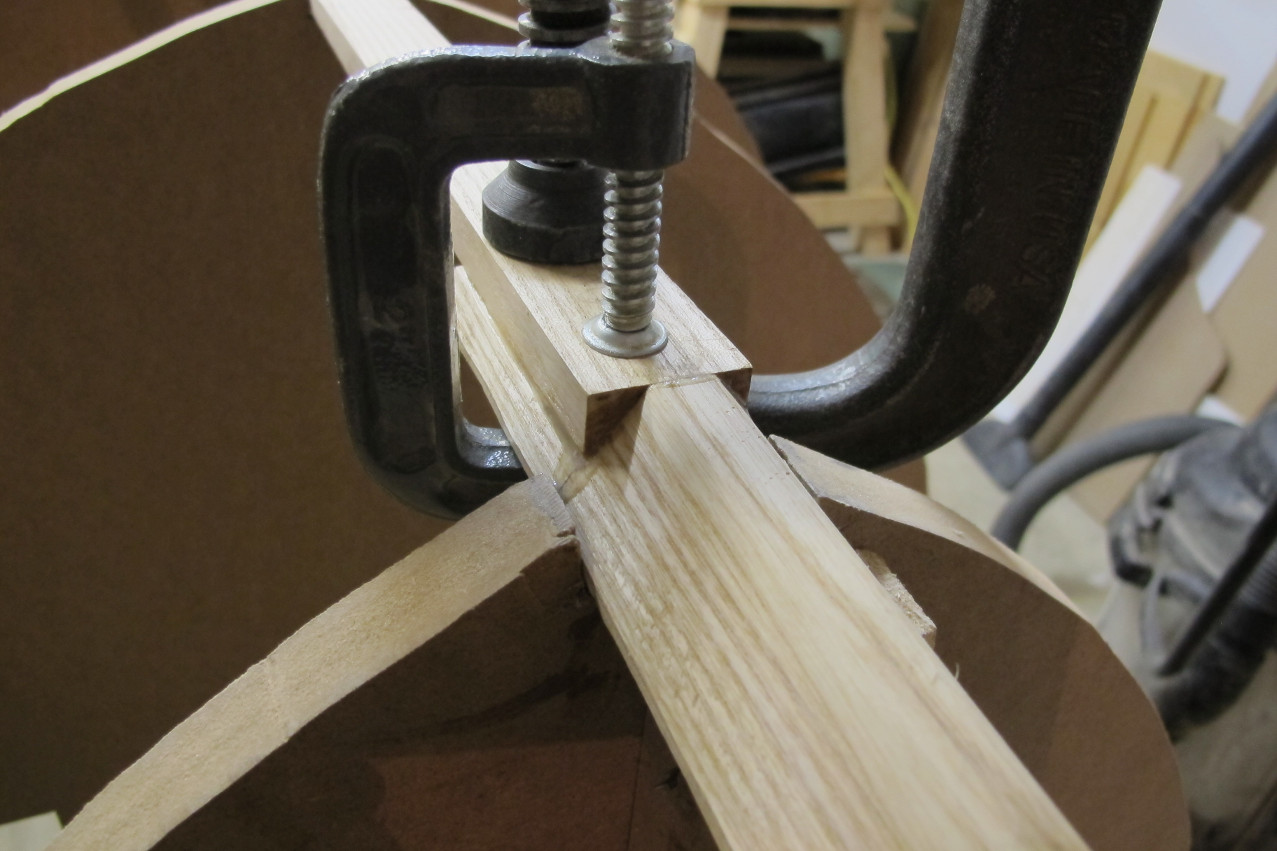 Next time (hopefully) I'll be doing some mold fairing and if I'm lucky, putting on the sheer strips!
Posted by Unknown at 11:10 No comments: