Planking continued over the last two building sessions. This part is going relatively slow since I have to fit each individual piece and bevel it by hand - but I keep telling myself it's just using up time I would have spent setting up (and swearing at) a bead n' cove router table. Just thought I'd show the two tools I've been using for the planking task. Figure 59 is my block plane and Figure 60 is the backwards staple gun. Seriously buy one of these staplers for the task if you ever plan to do this (assuming you don't have air tools). I have no idea who invented the regular-type staple gun (where the lever points away from the business end) but they were a moron. The power-shot is infinity times better.


Figure 59: My beat-up block plane. I could do with a nicer one for such a precise task, but this one works half decent...and yes the blade was retracted before I placed it sole-down in the photo 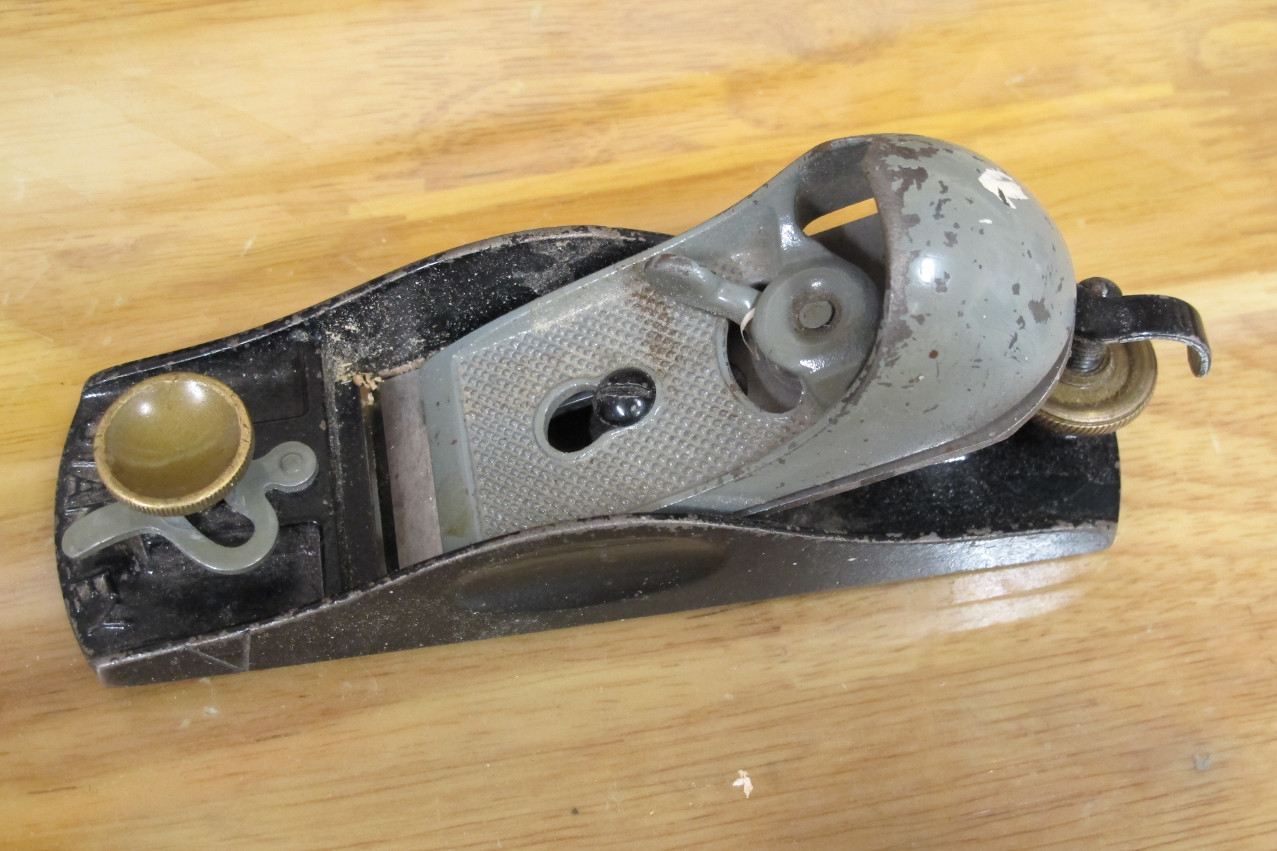 Figure 60: The glorious and holy power-shot stapler. Best design for a hand stapler ever. Shut up if you disagree. 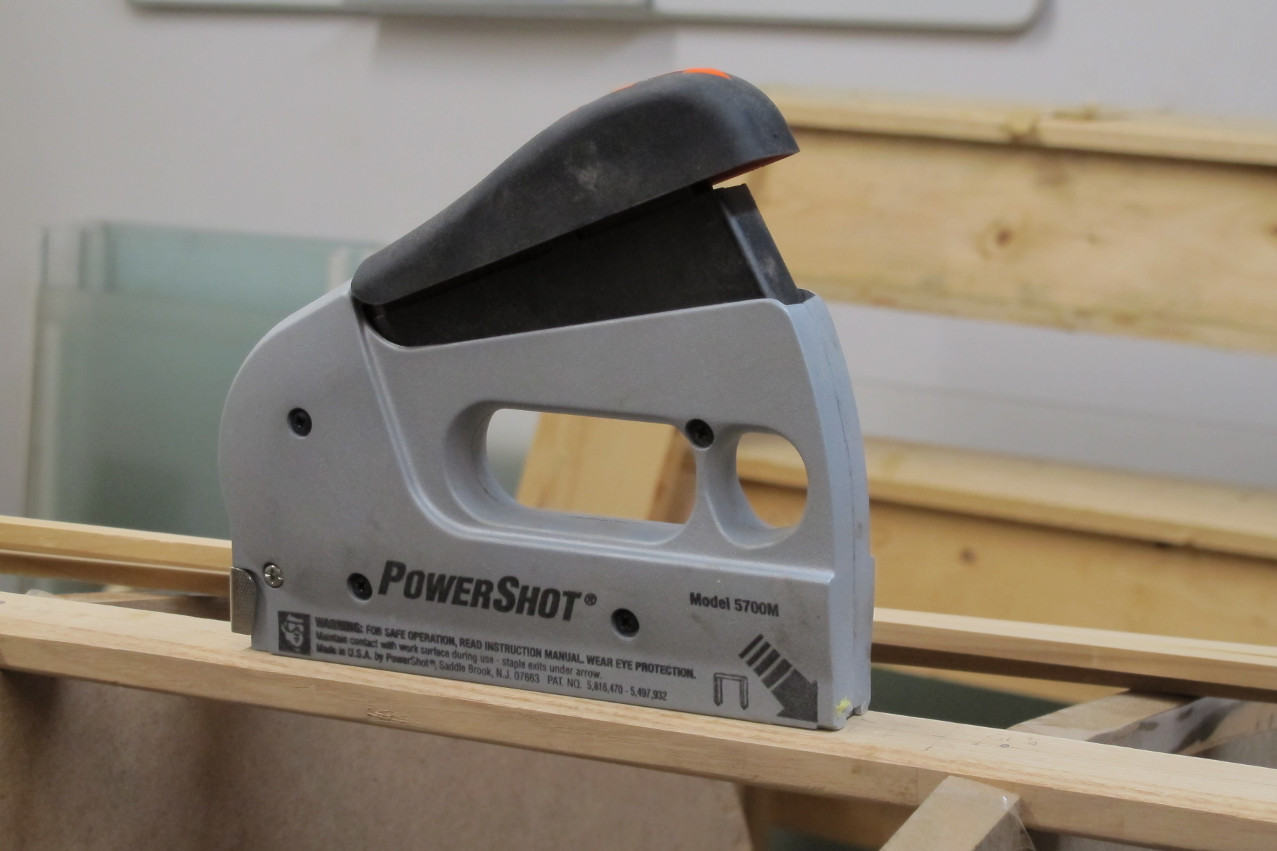 One thing that's come back to bite me is the fact that I didn't bevel the molds. It's not a massive deal since the molds are completely removed at the end anyway, but it means I'm always stapling into a corner of the mold rather than nice n flat on the face. On one side of the boat I realized I was stapling into the wrong corner too (woops) and it caused some unfairness in the planking. Luckily I'm above the turn of the bilge and I was able to simply remove the offending staples and re-staple the planks in the correct spot. Not the best solution, but most of my mistake will be hidden by the rub rail or by paint in the finished boat.

Here's a few pics of my simple method for holding the planking together between molds as the glue dries -- low-tack painter's masking tape! When you stretch it over the current strip and stick it to the strips below, it holds every bit as well as a spring clamp. Butt joins are treated with tape, plus a clamp to draw the ends of the planks in-line with each other (Figure 61). Some spots it isn't needed but wherever the plank twists (toward bow and stern especially) it's hard to get the strips to line up without light clamping pressure

Figure 61: Butt join treatement (glue is scraped away afterward too) 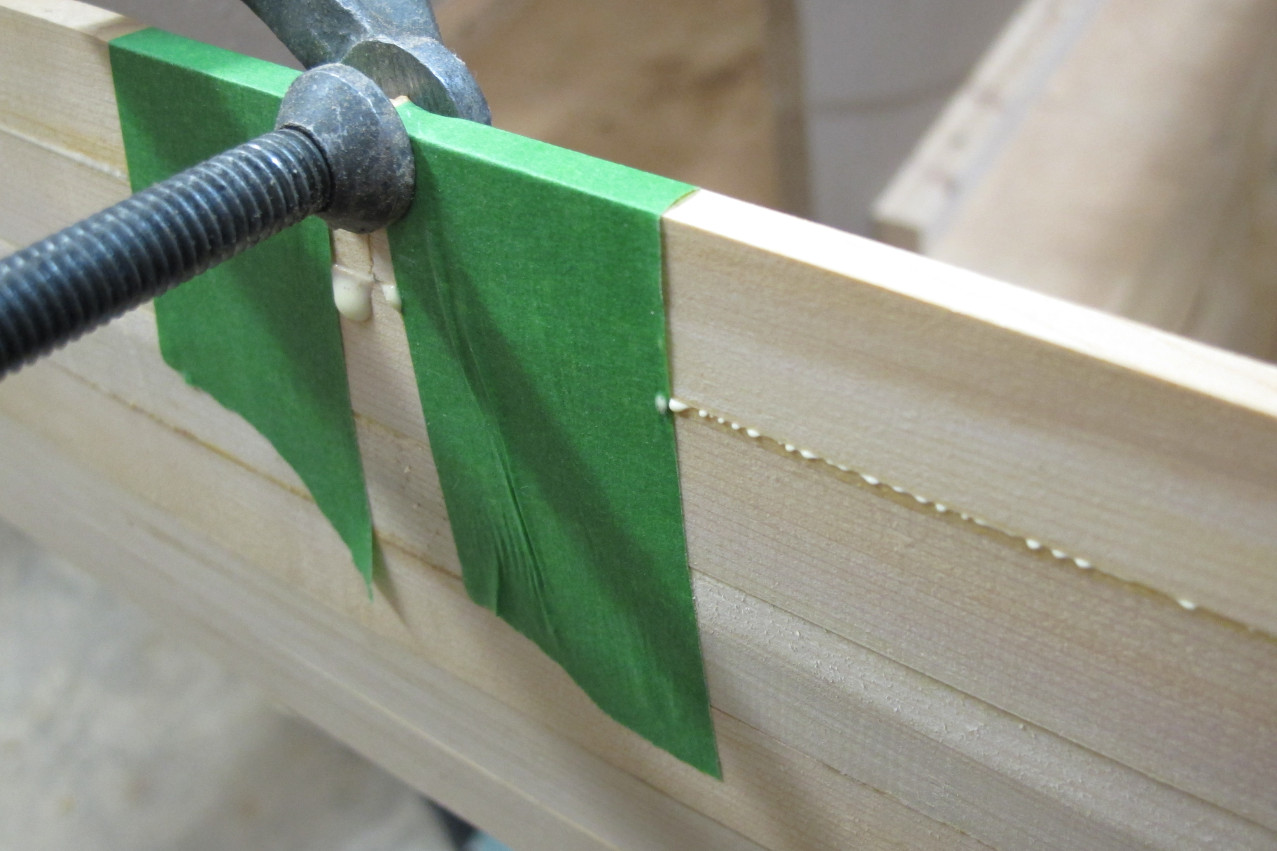 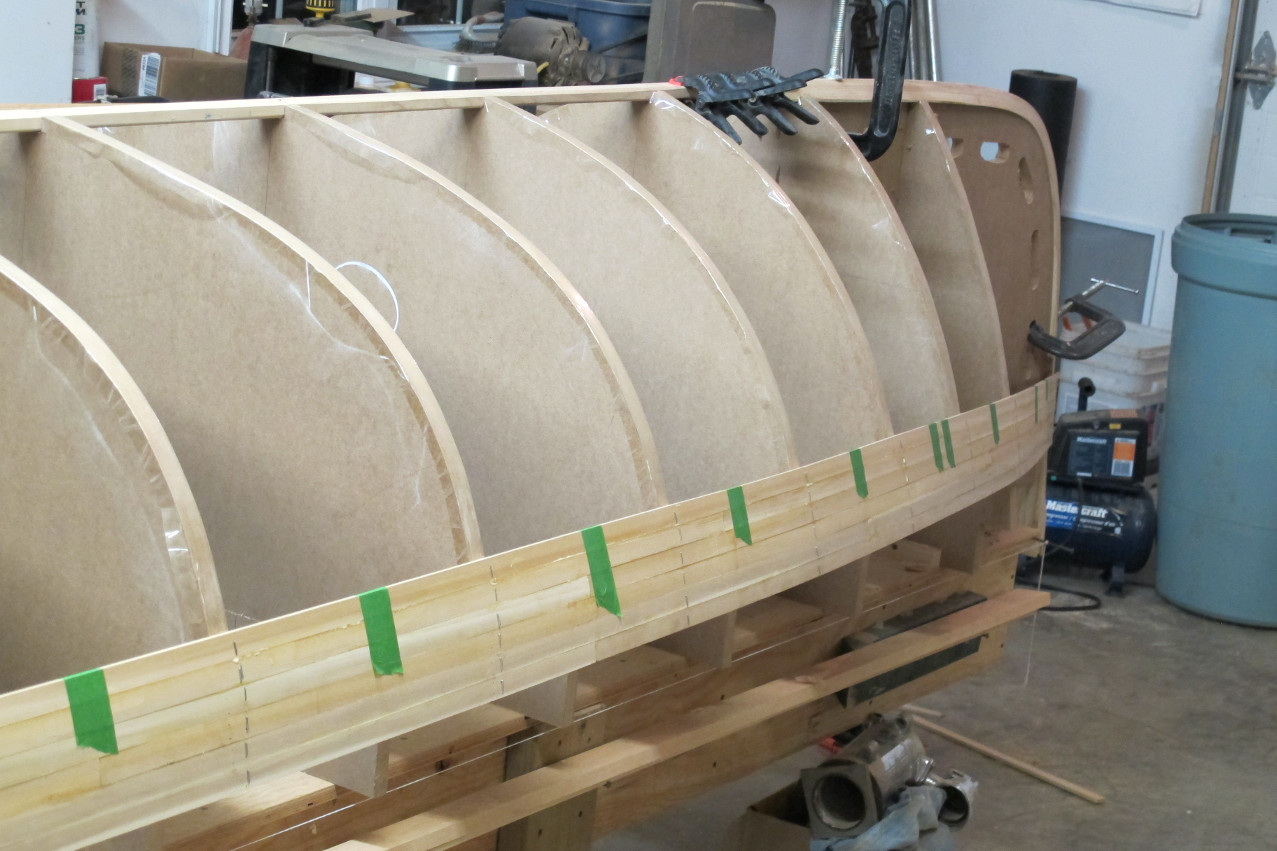 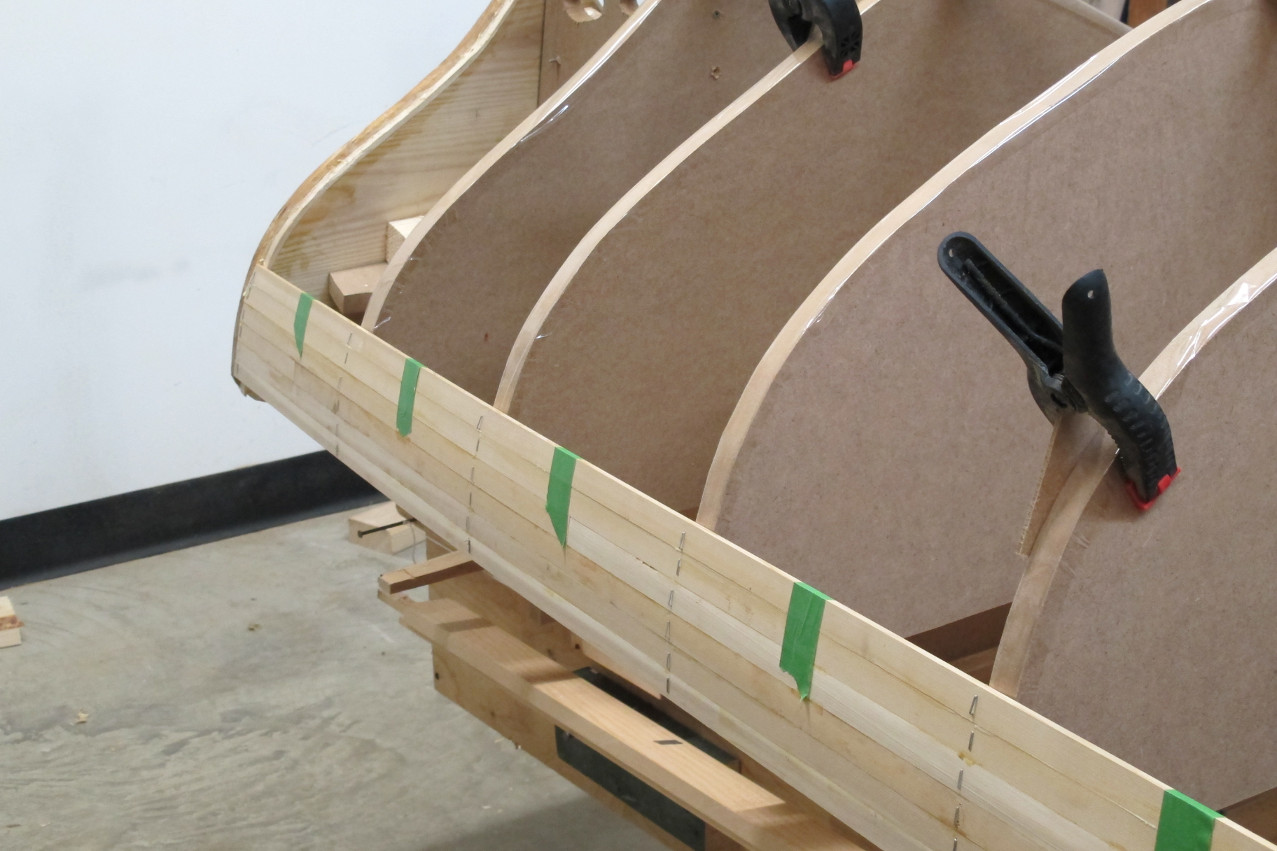 I can't explain how pleased I am that the hull planking is going on.  I can finally see the shape of the hull and it looks absolutely fantastic. Super motivating on such a long-term project. Next post should be more of the same. I'll try to get some better pics that show the shape the way I see it when I look at it -- always hard to capture on a camera.
Posted by Unknown at 09:01