I began planking the hull the other night. It was very nice to be working on the project again after such a long hiatus. You know how it is -- summer, doing stuff gets in the way of doing stuff.

Well the cool rainy autumn months have arrived, family vacations are done and it's time to get back to work. I'm also very glad I got the mold to the point where the first post-hiatus task would be planking. I was excited to say the least!

Most of the cedar strip resources tell you that you should start your planking using a full-length strip at the sheer so that you end up with a perfectly fair curve. In this case, I've already decided that butt-joins will be my modus operandi, so where better to start than with the first plank right? My approach was to buddy a pair of strips at the sheer to avoid serious unfairness at the butt joins. Remember also that my strips are all in the vicinity of 8' 4" long, and cannot span the entire sheer, even in two pieces.

My method was to start a strip in from both transom and stem, and terminate each midway between a station, leaving 3 completely unattached stations in between. Then I used a full-length strip in the *second* strip position to span the 3-station gap in the first. Edge glued it and stapled to the molds it above the sheer strip, and clamped it to the sheer strip midway between stations to ensure that the two strips stayed snug and fair. Then I buddied in a filler strip in the centre of the sheer and clamped it to the second-position strip. It took a bit of jiggery and pokery to get the joints tight (see Fig 55) -- lots of dry fits and sanding off minute amounts of material from the ends to get it to lie in there tight. Last thing was to add a filler for the stem and transom sections of the second strip position, and clamp the remaining butt joints.


Figure 55: Clamped & glued butt joins in the sheer strip. A bit of a finnicky thing to do with just one clamp, but not too bad. 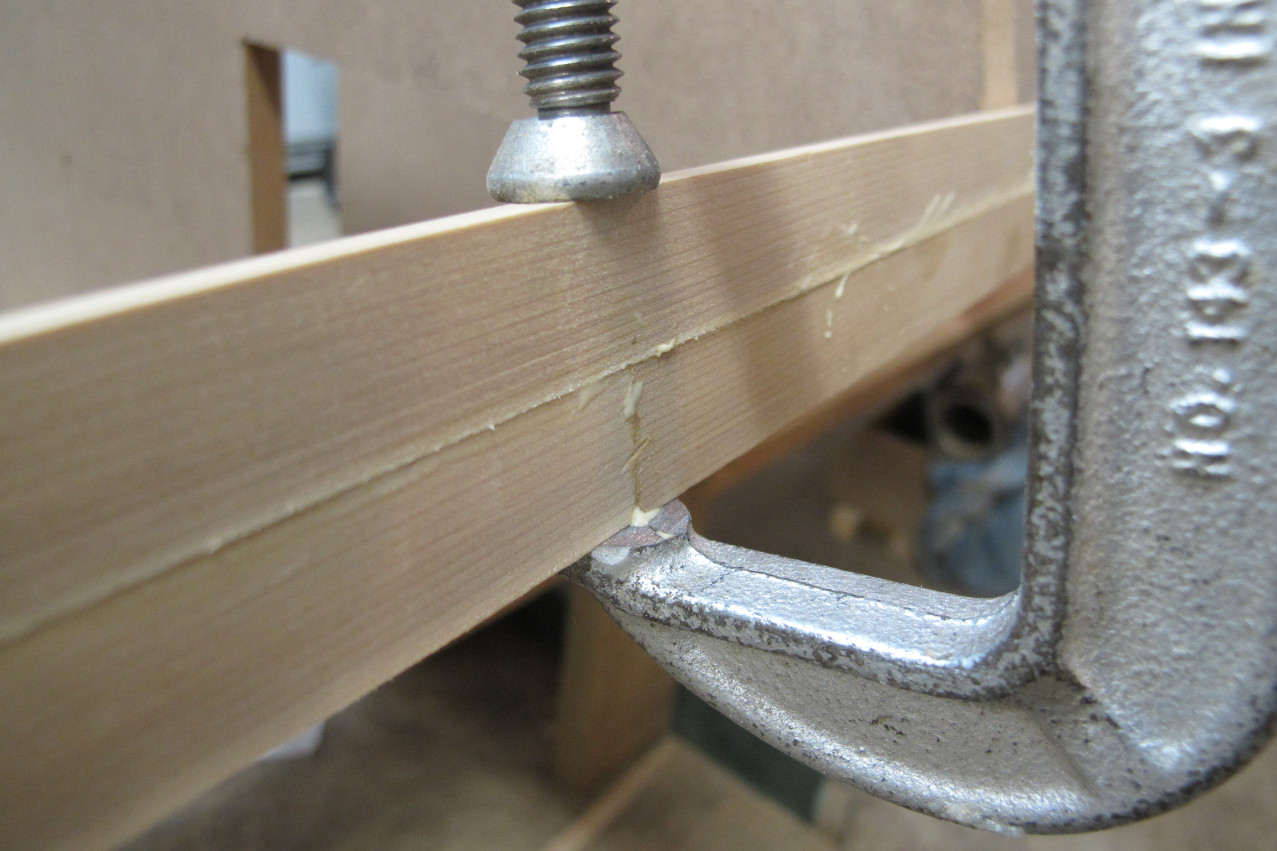 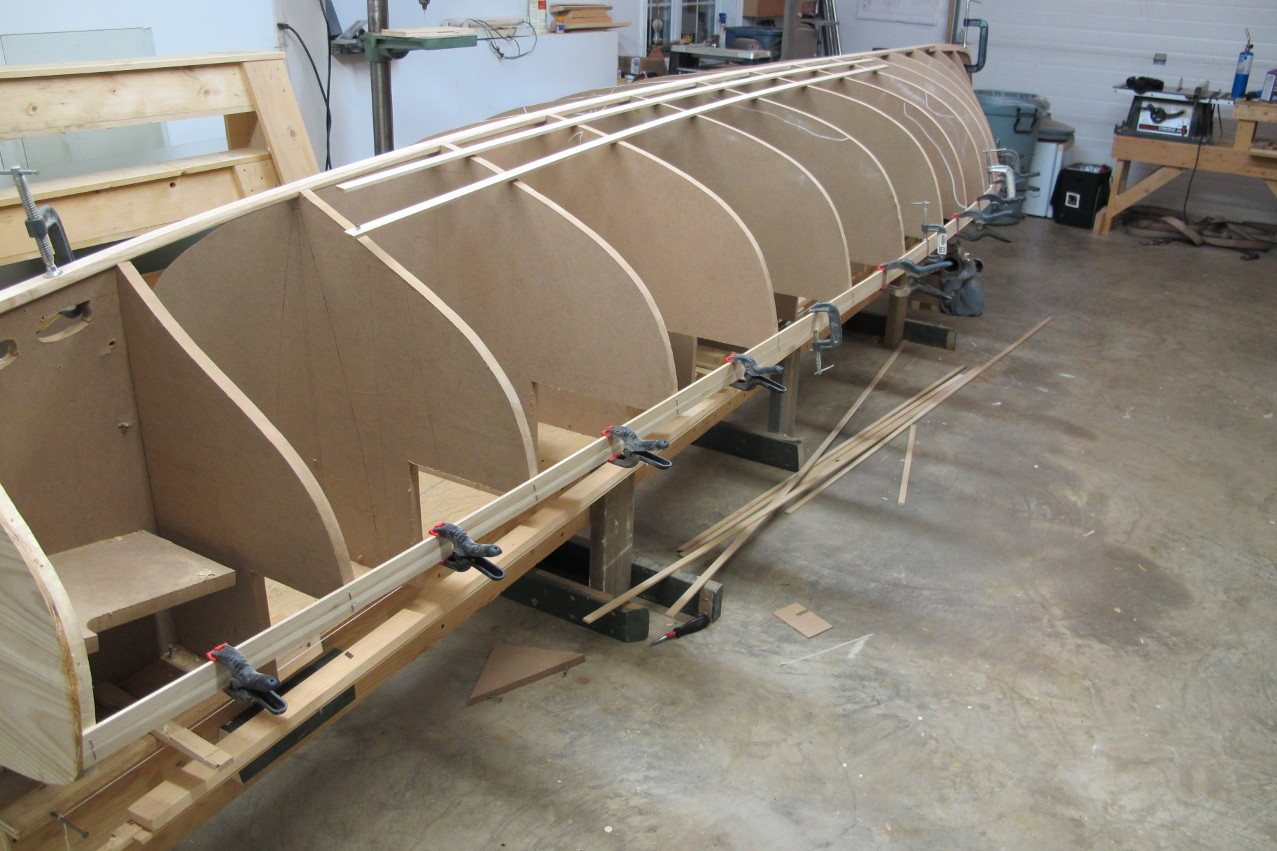 Figure 57: One nice thing I noticed -- the staples are long enough that they cannot drive in to full depth using the hand staple gun. This means they are all sticking out and will be real easy to pull out when it comes time to sand the hull. Yay! 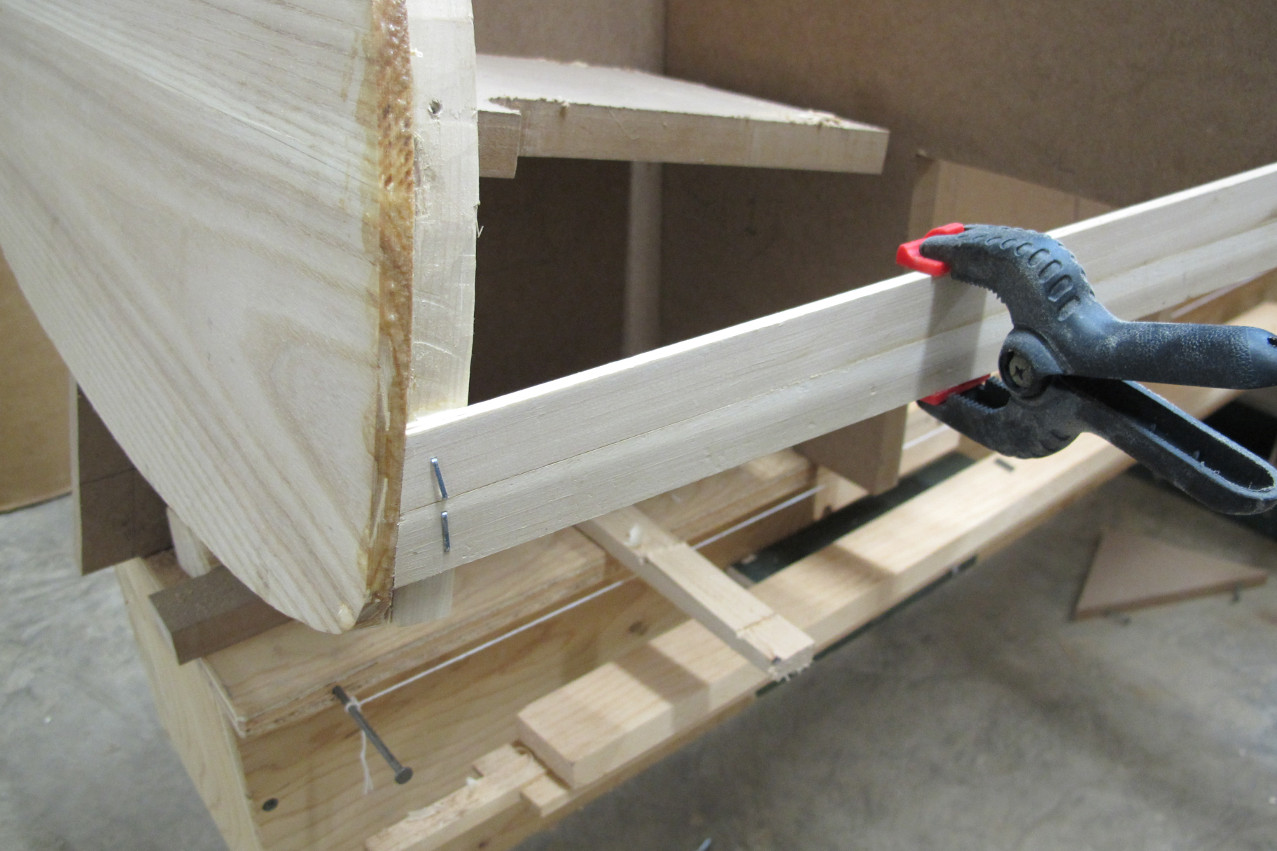 Nice revelation I had several days later when I removed the clamps and looked at the sheer from different angles. For some reason, I never quite appreciated the size of this boat until I added the sheer plank. This is going to be a sizeable ship when I'm all done.

Figure 58: View from what will eventually be the top. This shit gonna be huge! I need a boat trailer. 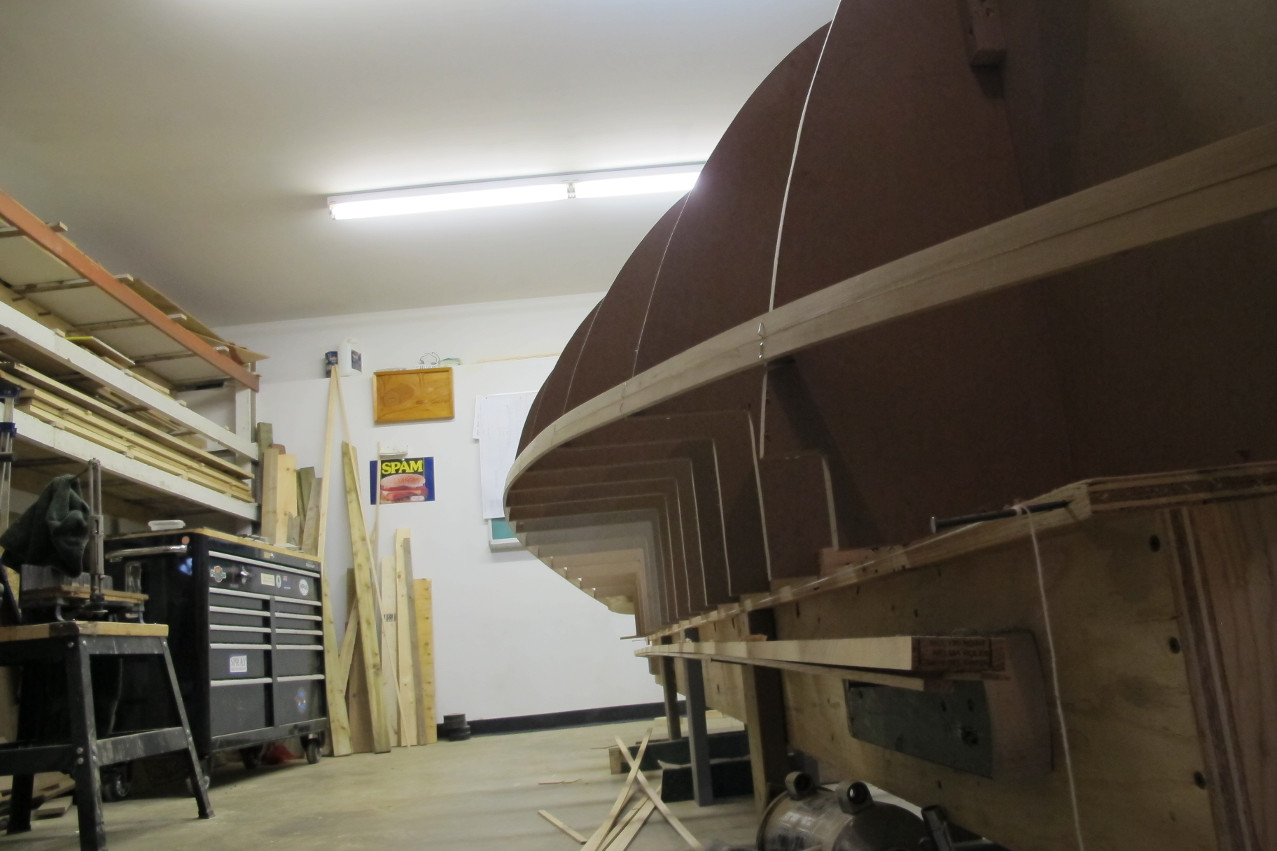 Didn't get much more done than this - only one side and only 2 strips, but I sorted out my system for fitting and cutting pretty well. The other side should fly on pretty quick and then it's all butter from there. It also upped my enthusiasm for the project pretty heavily, so I'll be motivated to sneak downstairs and work on it more often.