In an effort to save a bit of weight (and to avoid buying another big expensive piece of hardwood), I decided to go with a softwood skeg for the boat that would be protected with a hardwood keel and sternpost. I think it will be considerably lighter than the equivalent thing in hardwood. Again, deviating heavily from the plans here, but it will produce a good result -- I hope. I took two of the cedar boards I had in reserve for strip-making and glued them together with an epoxy/woodflour mixture, then planed to the desired thickness of 1 3/16". It is IMPORTANT since these ar both flat-sawn boards that they

The skeg needs to sit against the aft inner keel, which has a convex curve from the deepest point of the hull (roughly amidships) to the transom. Transferring this curve is pretty easy with a set of dividers. I didn't have dividers so I made some.

Figure 85: My new set of dividers! 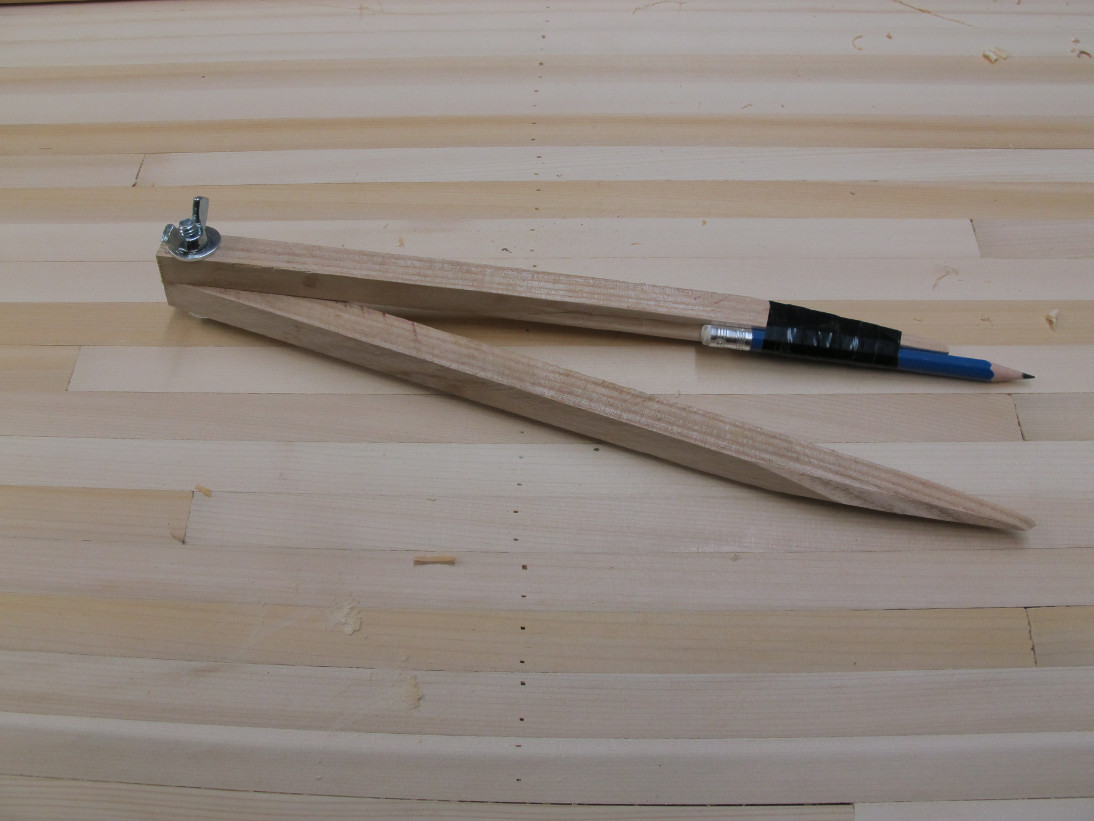 Then, knowing I wanted the top of the skeg level with the strongback (which is itself level) I temporarily hung the skeg stock above the inner keel (~1" amidships, ~5" above the transom) and leveled it. Then it's a simple matter of tracing a series of arcs on the skeg stock, holding the pointed end of the dividers against the inner keel. Do this so that the curves overlap. Then take a wood batten, and scribe a continuous line along the tops of the arcs. Magic! The process is commonly used to fit planks on carvel-planked and lapstrake boats; it's called spiling.

Figure 86: No full photo documentation, but it shows the series of arcs that were eventually splined. 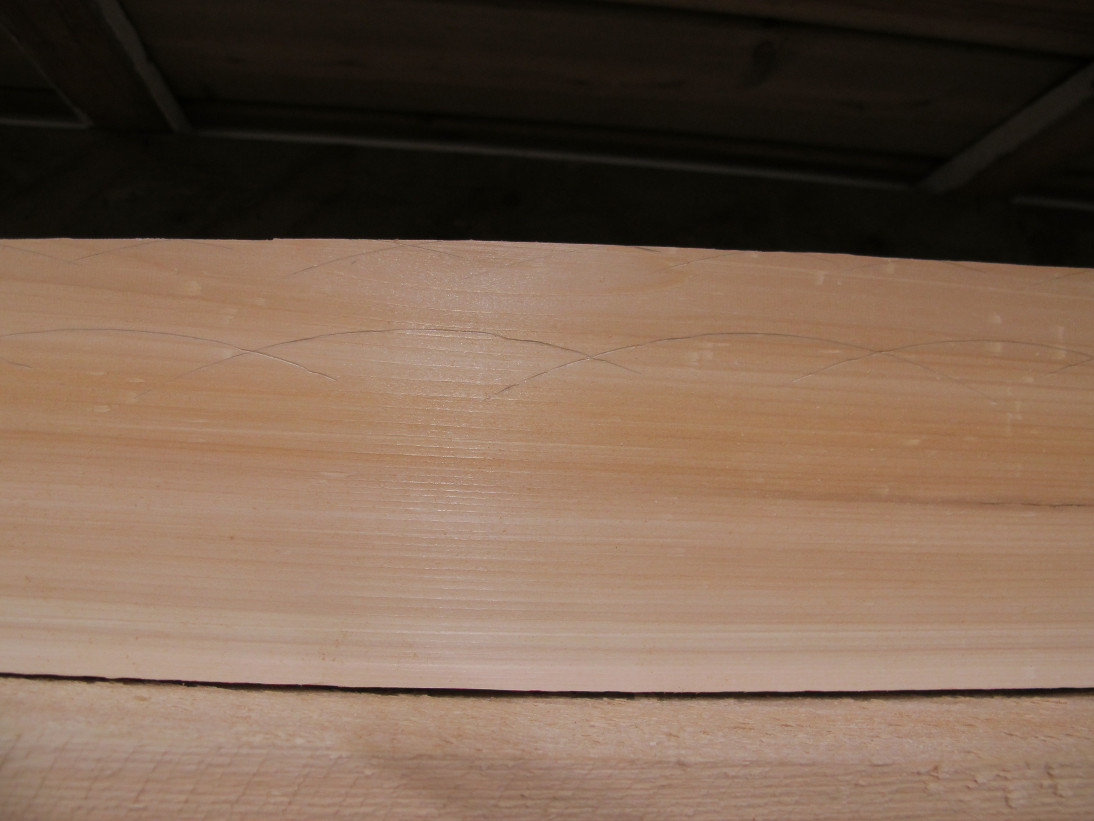 To finish the job I just beveled the edges of the skeg to match the groove on the keel and it was a perfect fit the first time. Very satisfying to have those boatbuilding classes pay off. I would have trainwrecked this if I hadn't known about spiling. 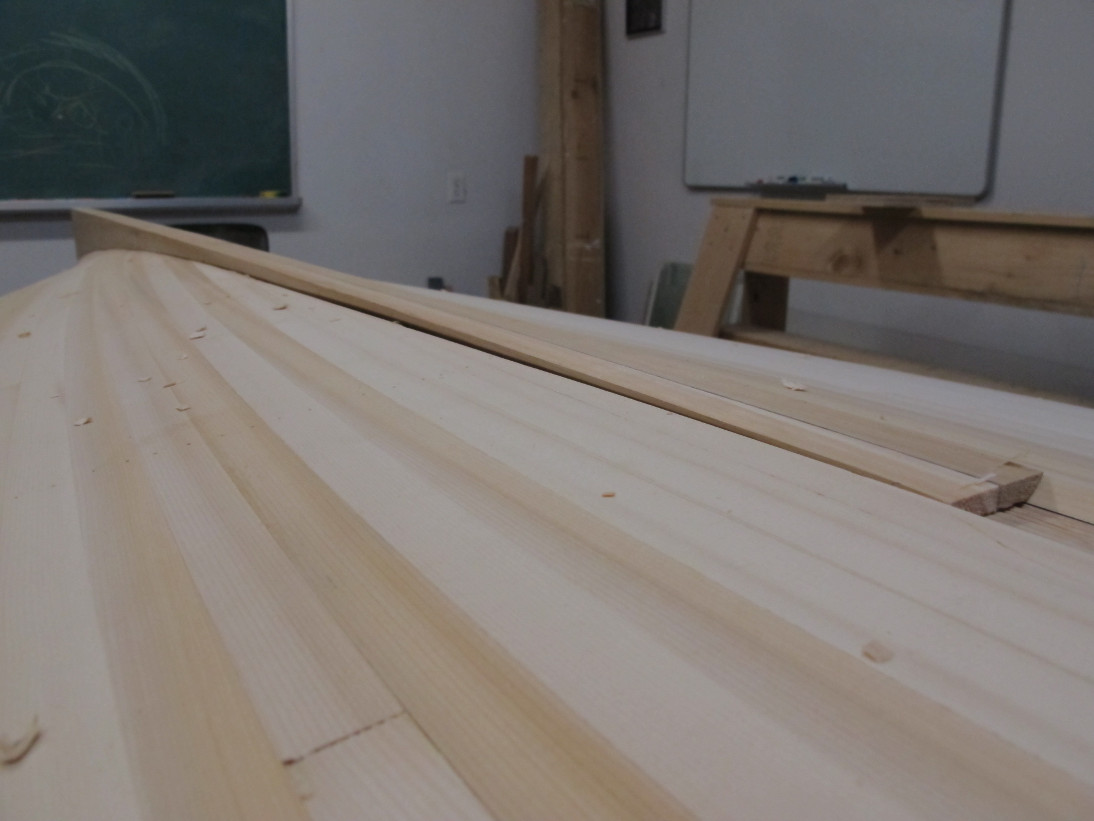 Last thing today was to cut the transom for the sternpost. I know this is unorthodox, but I wanted something that tied into both the transom and the knee that will eventually be fit inside. Since the skeg is not all hardwood, durability is a concern. It might look a bit funny in the end but I don't much care.

Figure 87: Finished skeg and transom slot from the stern. 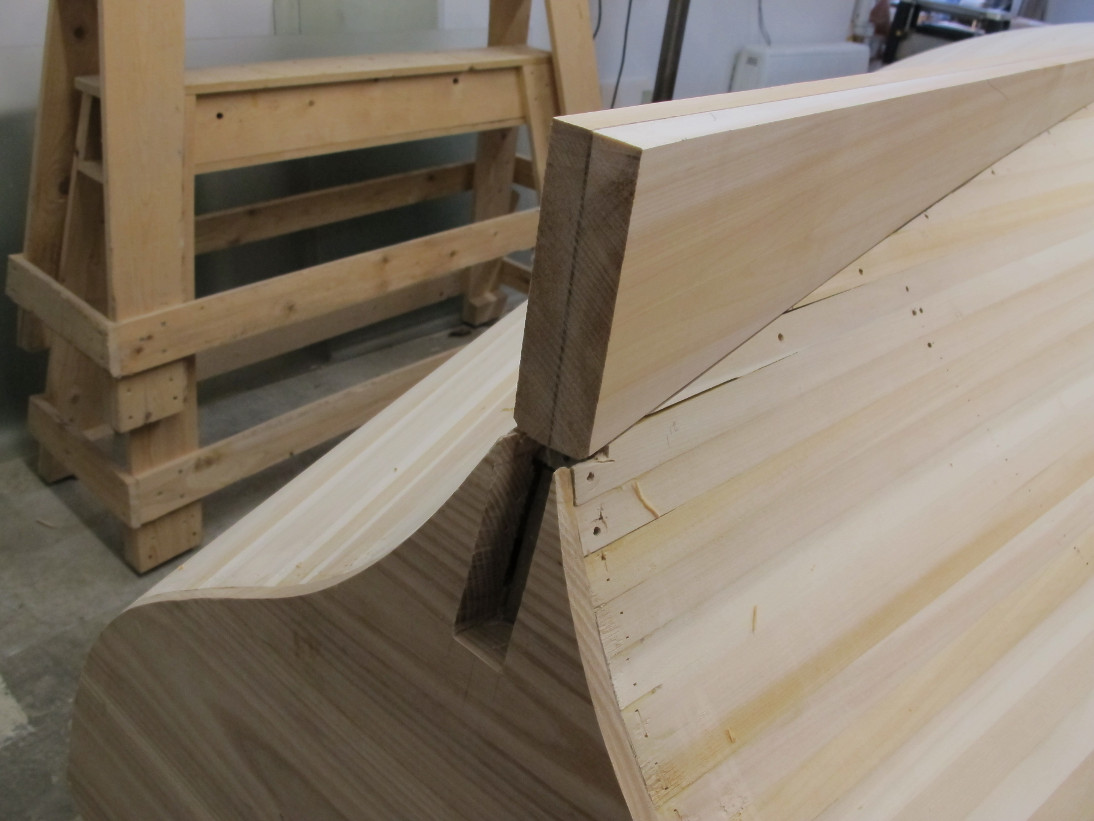