This post spans two sessions (most span only one) but I put them together because it's all on a single topic.

A really useful piece of advice I picked up from my boatbuilding courses and from the various books I have on the subject is that you can mark a lot of parts in-place on the hull. For the stem, I knew I wanted 1/2" width along the outer edge, but the inside face varies a lot depending on the thickness of the inner keel and the angle at which the planking meets it. I took the rough stock for the outer stem and mounted it in place with a couple of screws and a clamp. Using a pencil, I transferred the width of the inner stem + planking over to the inner face of the outer stem. 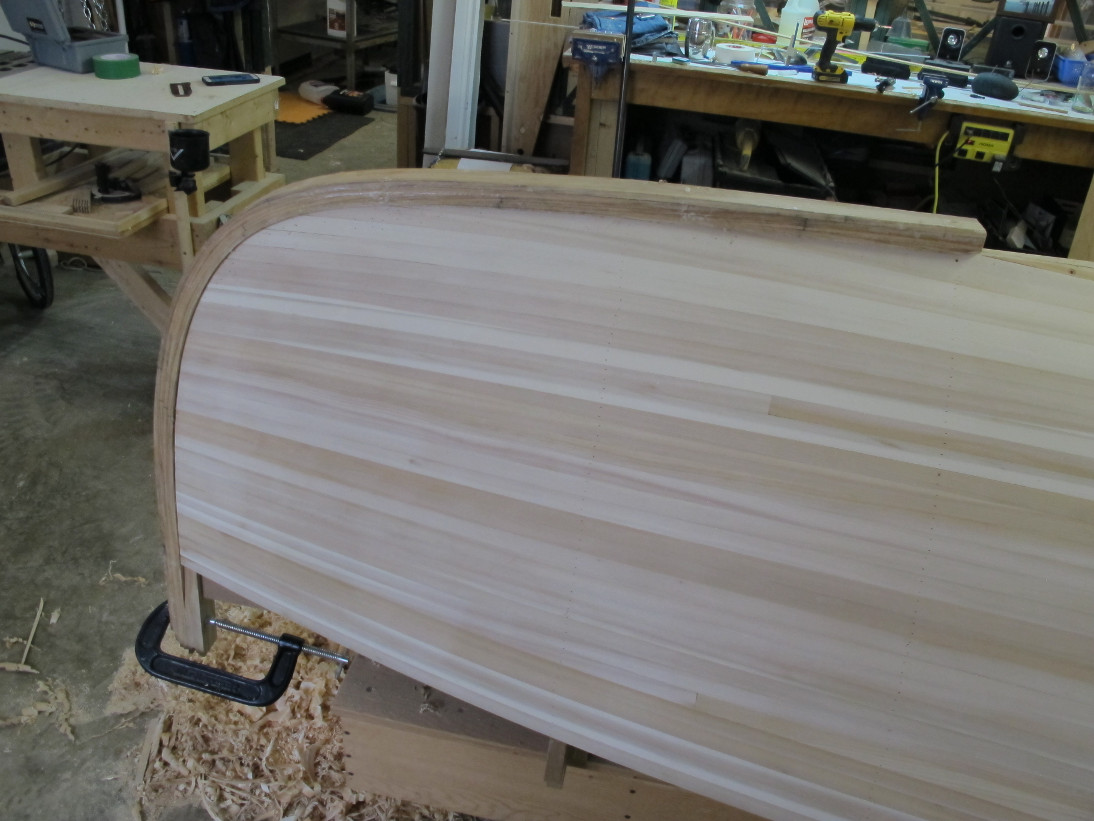 I generally find work like this is best done by roughing things out with a drawknife, then moving from larger planes to smaller planes. You can use a spokeshave too, which many people prefer, but I fucked the irons on my spokeshaves on staple legs whilst fairing the outside of the hull. For this work the planes did a great job anyway. 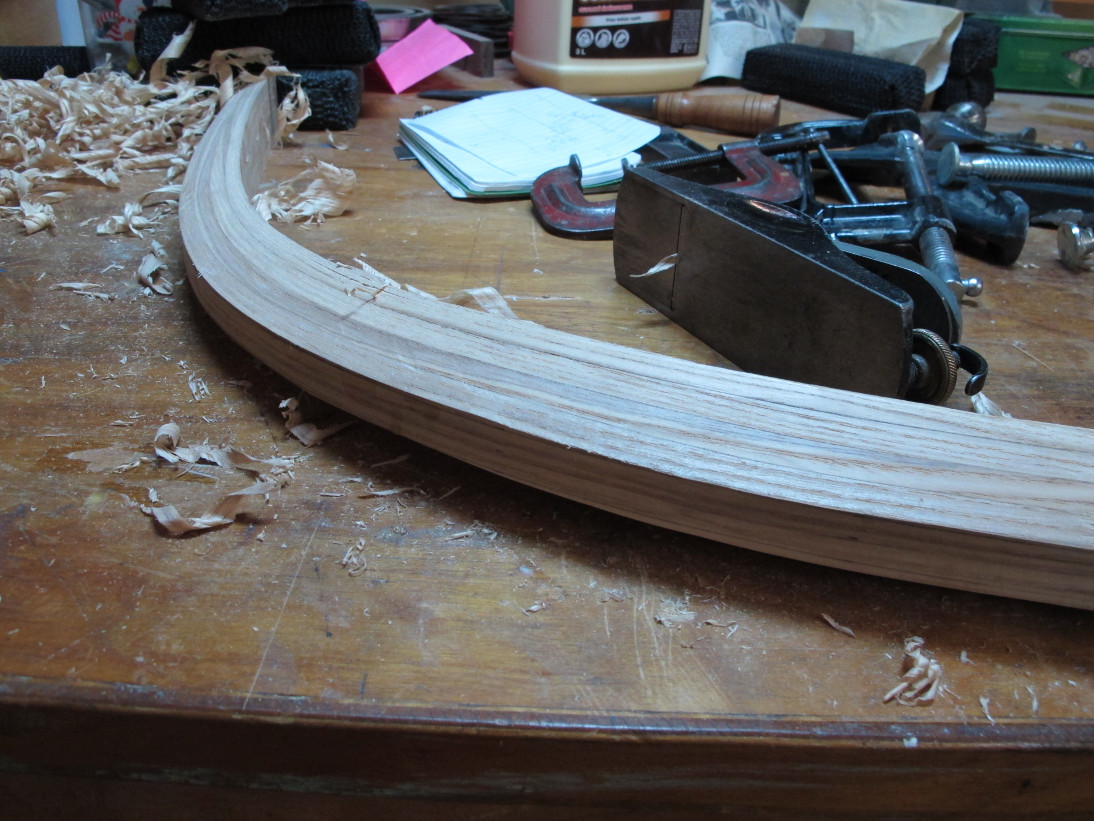 Figure 89: My go-to shaping tool for finish work. Stanley bevel-up block plane. No idea of the vintage but it works wonderfully (even though the blade is almost sharpened away to nothing) 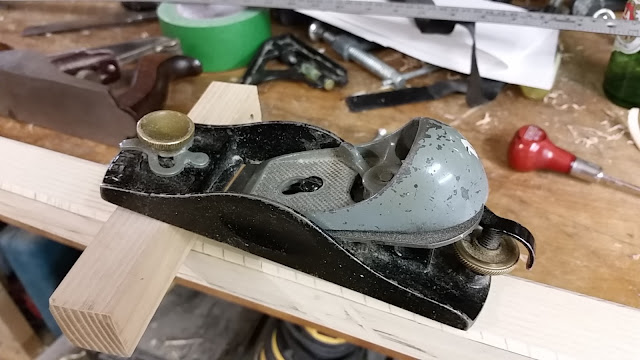 Figure 90: My go-to for hacking away bigger chips. Stanley No. 3. Same length and general shape as the classic Stanley No. 4 but the blade is narrower. 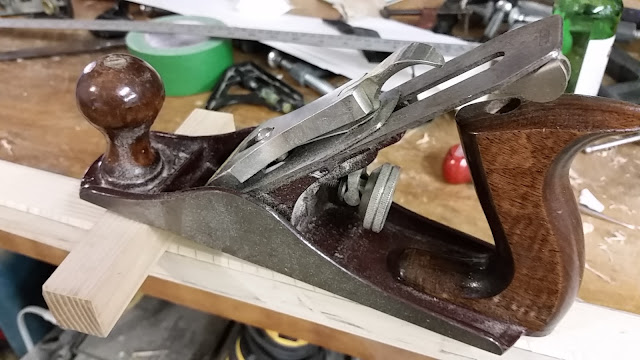 For the outer keel, I purchased some ash from the local specialty hardwood store (Eaglewood in Fredericton) and scarphed it to make a piece long enough. Nothing fancy here, really. For cutting accurate scarphs, again use the 3-step method. Plane to the line on one side at a steep angle leaving the opposite side, plane to the opposite line at a steep angle leaving the ridge in the middle, then plane away the ridge. Use pencil slashes as a guide as you approach the final bevel. Drawknife and 2 planes got this scarph to within 1/16". I'm in about 20 minutes. Starting to get good at this!

You can see in Figure 91 that the grain dives quite aggressively into the scarph. Normally you would not want this -- in fact the opposite is much more desirable. When I originally picked the orientation of the pieces I was using the grain on the side opposite the one pictured. A nasty grain spiral near the end of the board made the near side (shown) look incorrect, but there was no way around it. This is the part where things started to get a little weird. I had to cut a bevel onto the underside of the keel all the way along its length so that it would fit inside the trough I cut earlier. Easy enough if the bevel is the same all the way along, but I realized I have quite a taper in both the trough and the outer keel itself leading toward the join with the outer stem.

It was a bit difficult to get it all looking and fitting right and involved a lot more trial and error than I would prefer, but in the end I got it all fitting together and seated nicely in the trough from stem to stern.

Figure 92: The underside of stem-end of the outer keel showing bevel and taper 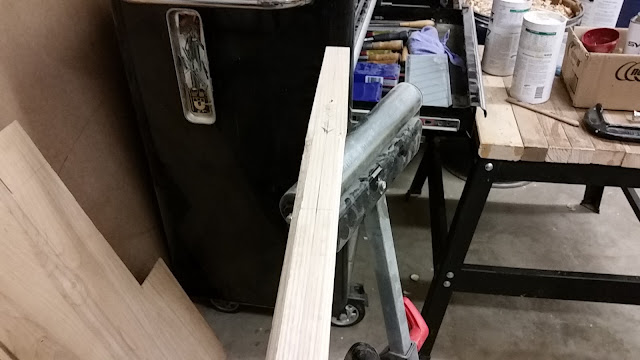 Figure 93: Mating surfaces of the outer stem and the outer keel. A pretty good fit again. Definitely getting better at this now! 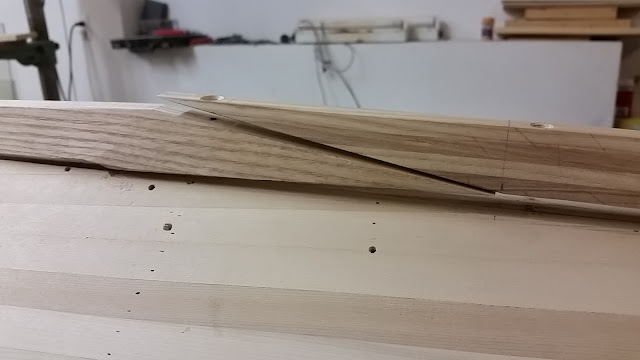 Last task of the session was to cut the end off the outer keel, put the correct rake on the aft end of the skeg and carve the ash piece that would protect the aft end of the skeg. It's a bit of a complicated piece and I wish I had more detail of it in pictures. The protector piece slots into the transom, ties (eventually) into the transom knee, screws to the skeg and fits into the outer keel with an open-ended mortise and tenon joint.

It's a bit ugly to do it this way, but I felt like I wanted the skeg tied directly into the structure of the boat rather than just have it as a glued-on piece. The effect is similar to the sternpost you might find in a classic wooden boat. The reason for the added strength is twofold: a) the stern will one day sport a small rudder, and b) the skeg is made of cedar, which is not very good at surviving impacts!


Figure 94: View of the roughed-in keel from the stern. 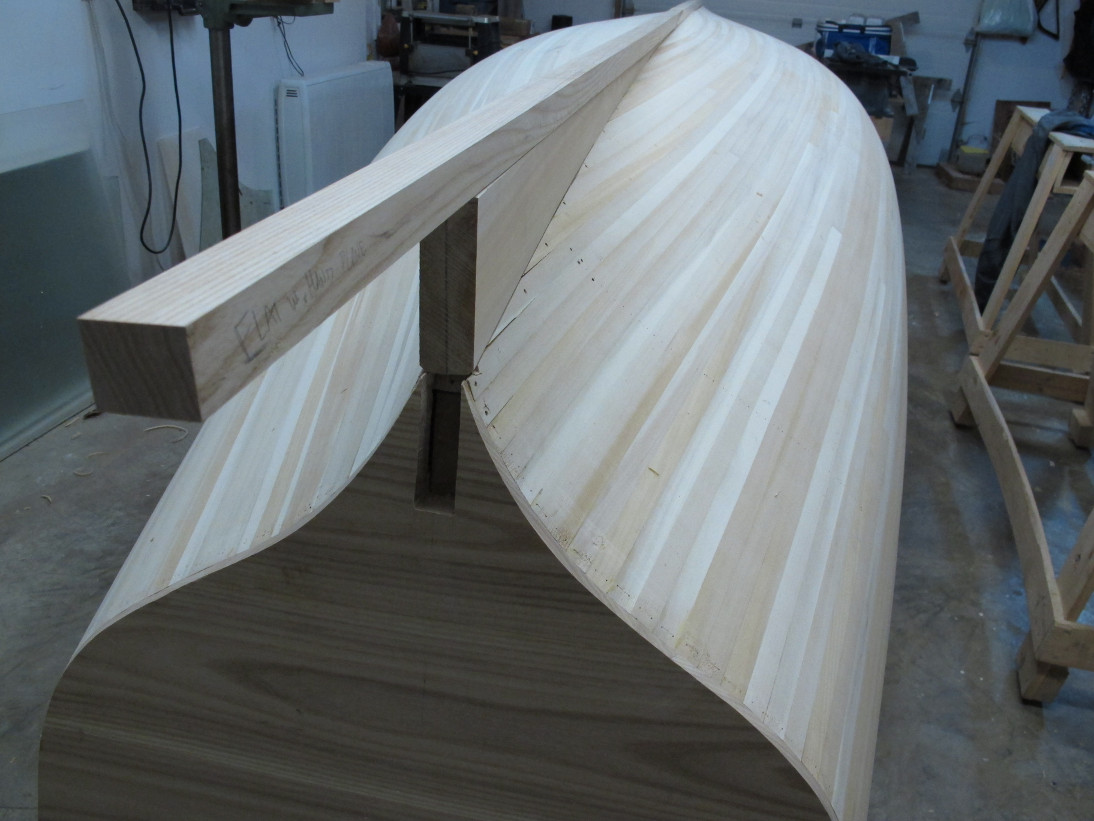 Figure 95: Finished outer stem in place and temporarily screwed in place. Nasty wonk in the middle that will need to be fixed prior to fiberglassing. 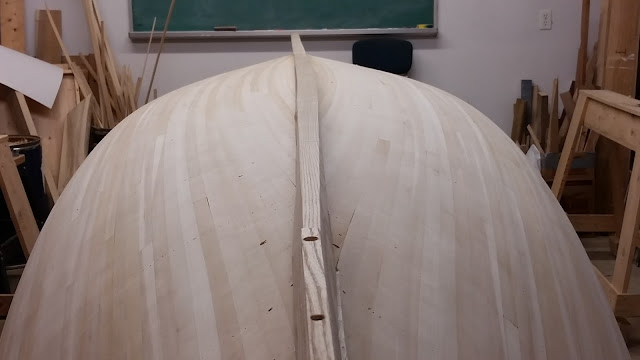 Oh, and my epoxy arrived today! 2 gallons of resin and matching cans of hardener, plus graphite powder that will be mixed with the finish coat below the waterline to produce a surface that's better at deflecting impacts. 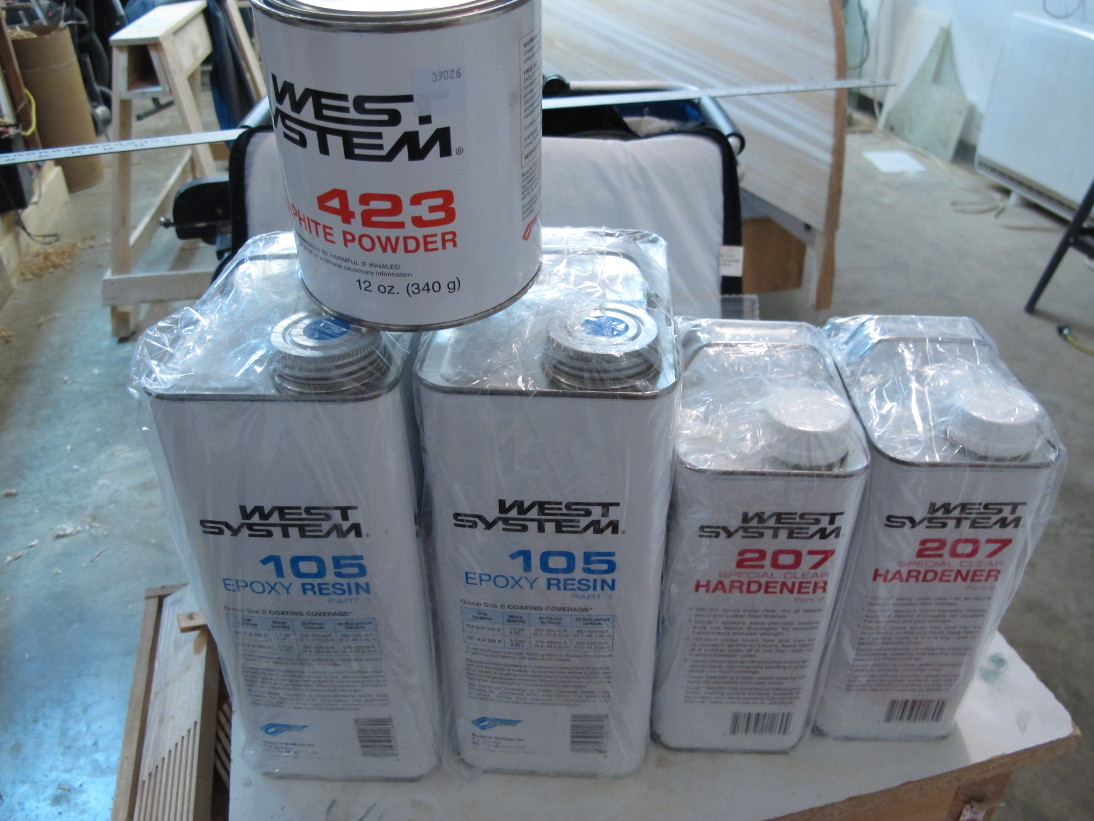