This was a really fun session -- getting otu knees and cutting bevels. First order of business was to cut the pieces out of the stock (shown laid-out in post XXIII). This was done using my crappy bandsaw. Careful slow cutting with the bandsaw avoids a lot of planing and adjusting work later on. The transom knee has no complex bevels, so it fit right out of the box. 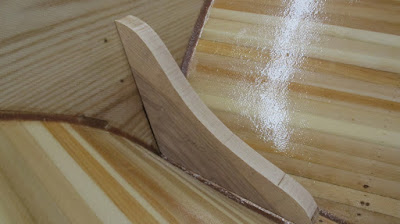 Gunwale knees are the next most complex piece. There are 2 bevels that need to be cut, and the order of cutting doesn't matter much. To do this you need to file away the outside corner of the knee so it clears the epoxy fillet. Next set it in place with the bottom of the knee on the sheer line and touching the transom in approximately the same spot that the bristol board pattern was sitting. Hold it carefully in place and slip a bevel gauge underneath to pick up the angle where the knee meets either the hull or the transom (hold the gauge perpendicular to the hull). Transfer that angle to the knee stock, and cut the first bevel. 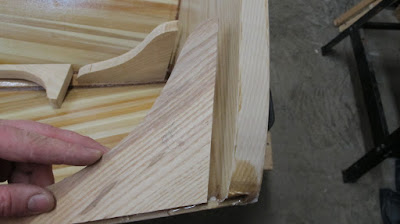 Procedure for cutting bevels is the same as for scarphs. Plane to the line on one side, plane to the line on the other side (not necessary here since our "line" is really the top edge of the knee), mark the middle up with pencel and then plane away the ridge.


Figure 142: Progress on cutting the bevel 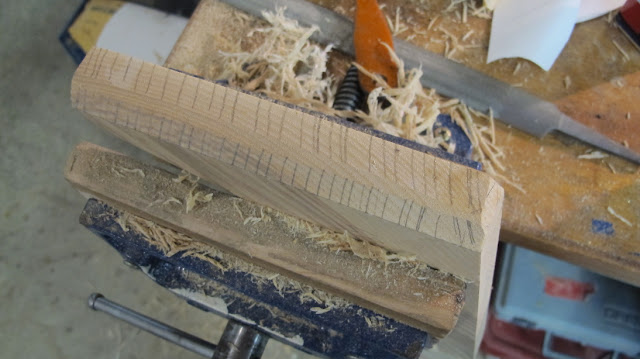 After the first smash with the planer it's rare that it fits perfectly. The port knee required a few adjustments to get it sitting exactly at the angle I wanted and matched to the starboard side. Last thing was to cut the notch for the lap joint with the inner gunwale.


Figure 143: Trying it for fit and making final adjustments 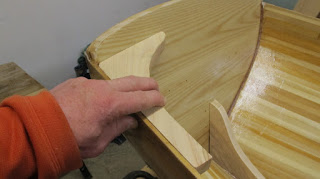 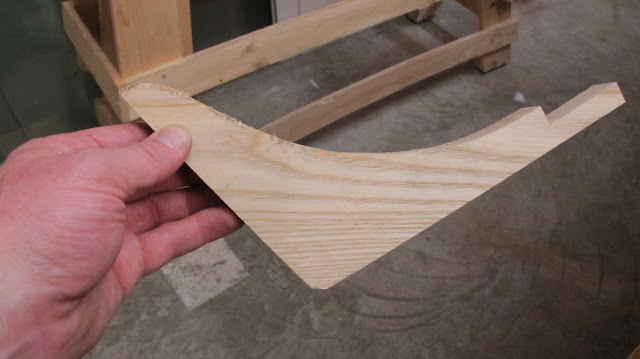 The most complicated piece was the breasthook. To get the grain right I decided to cut it in 2 halves and glue it up. Some carefully-drilled alignment pins helped make sure I didn't have too bad of a ridge that would need to be planed/sanded away later. Ideally you would make the grain colours match a bit better than I did, but I don't care a whole lot. This piece was glued with the same WEST epoxy as the rest of the boat using the 404 adhesive filler.


Figure 145: The breasthoook in two halves 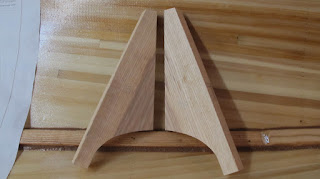 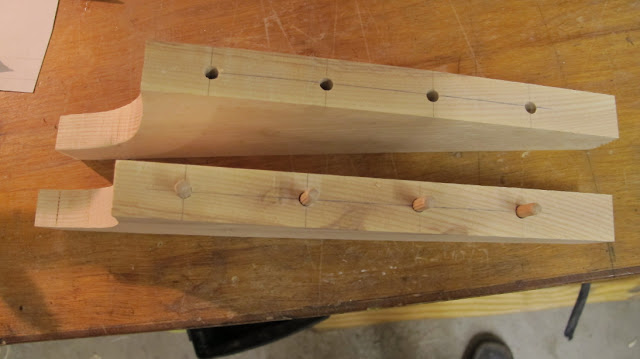 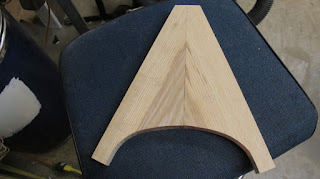 Cutting the bevels on the breasthook is a bit tricky, but not too bad. As before you need to lay the bottom edge up at the sheer line exactly where the bristol board pattern would sit. Pick up the angle for ALL THREE sides (in this case, the stem makes an angle as well), again holding the gauge perpendicular to the hull or stem as the case may be. Transfer angles to the breasthook and cut them. My skills must be getting better because this puppy fit on the first try! 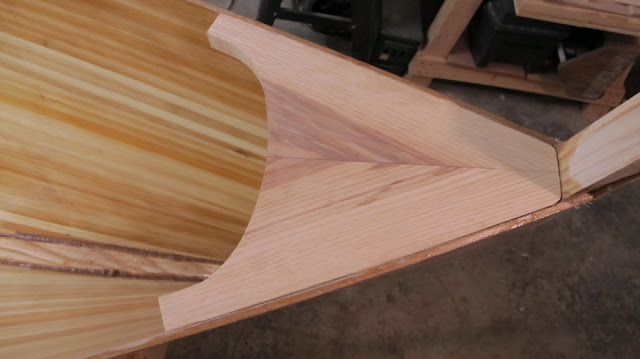 Figure 149: Breasthook in place, from underneath 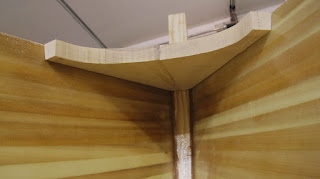 The breasthook will eventually receive notches for the inner gunwale just like the transom knees did. Now I have to decide how I'm going to attach it all -- glue up or screw it in place.