I realized that my floorboard wood had not completely seasoned when I went back to finish the final floorboard on the port side. The two centre pieces took a pretty nasty curve edgewise and no longer fit tightly together. I decided it would be best to remedy this using ties that span all 4 boards. This is not strictly called-for in the plans, but there's no way things will stay straight unless the lot is tied together. Considering I'm not finishing the floorboards, I decided to just drive screws through from the top for easy disassembly if I need access to the bilge. Ties were made to sit beside the floors and leave clearance to the inside of the hull to prevent rubbing. 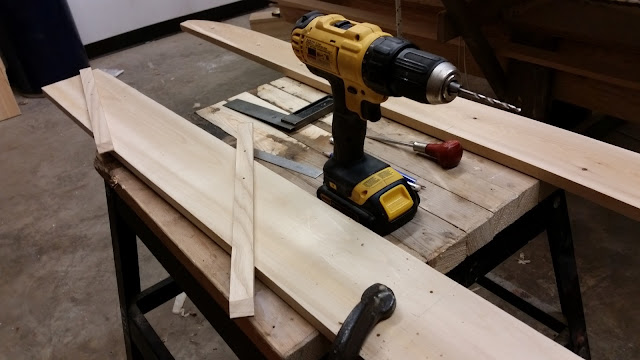 Floorboards were assembled with 1/8" gap between. I pre-assembled them outside the hull to get the fit right on a flat-ish surface, then placed them inside the boat for final fit. 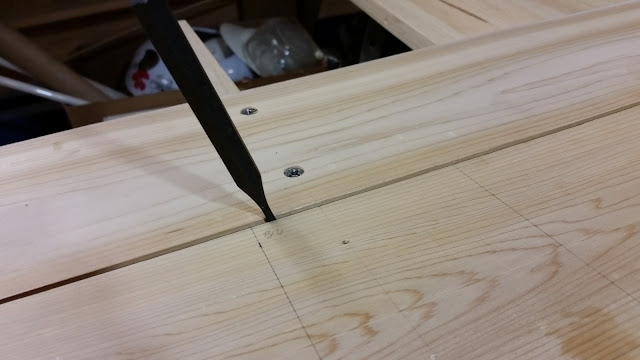 Figure 204: Pre-assembly of the first 3 floorboards 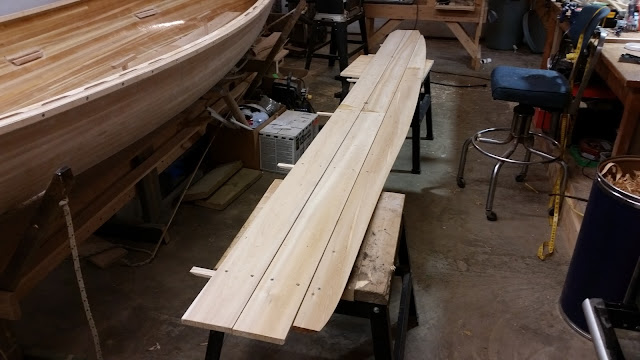 Figure 204: All four boards assembled inside the boat. 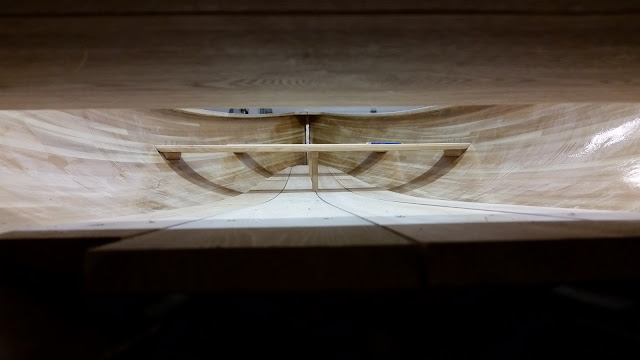 As it turns out, I should not have used the floors for gauges of floorboard width. My curve on the starboard side does not match the curve on the port side. Fucking stupid mistake, but too late to fix it now. That'll be a project for next winter. Having these as unfinished non-structural pieces, it's not a big deal to haul them out and re-imagine them in a future iteration.

Figure 205: Another view of the floorboards. A bit lopsided! 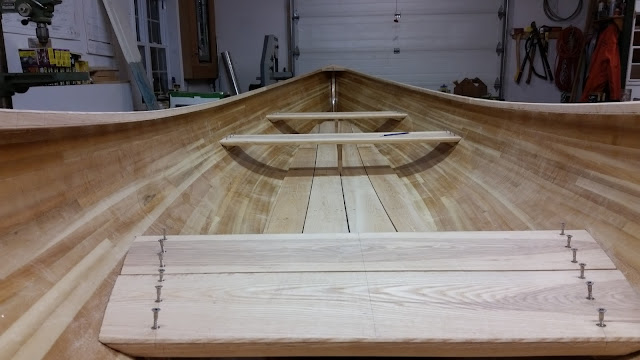 And with that I'm down to the last few things:
After that I'm free-and-clear to start finish work! Yay!
Posted by Unknown at 13:06 No comments: