I was thinking for a long time about how I wanted to hold down the floors. The floorboards have a concave arc along the length of the boat and need to be pulled down into that arc by some means. I finally came up with a good idea (I think). I bought some long stainless bolts, hacked the heads off, then added new grooves around the un-threaded part of the bolt. These bolts are going to be the tie-down points for the floorboards. 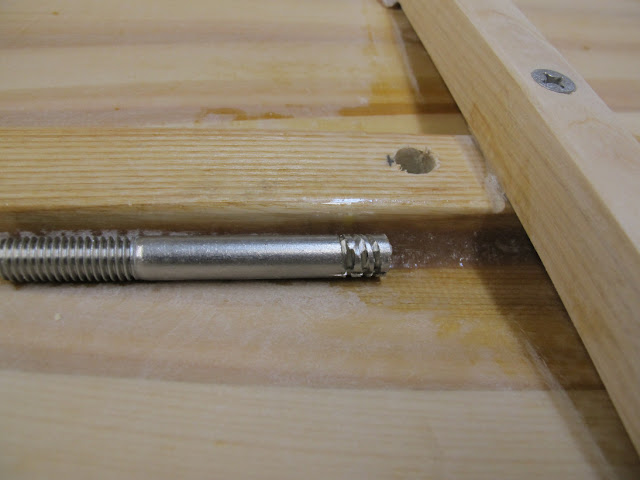 I bored holes in the keel (not too deep) to fit the modified bolts and then set them in place with epoxy + filleting filler. Pretty simple operation all told, and only took me about an hour. I placed three bolts - one at the place where my rowing chock will go, one under the midship seat and a third under the forward seat. The forwardmost bolt was set in a riser block to get it at the right height.

Why three points? It's the minimum amount needed to hold them in their arc and have them touch all of the floor crosspieces. Much better than having to screw them into structural bits and risk water penetration! Plus, the whole floor comes loose with only 3 bolts! 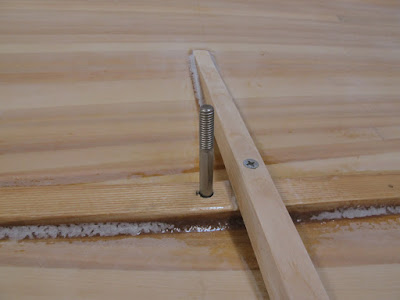 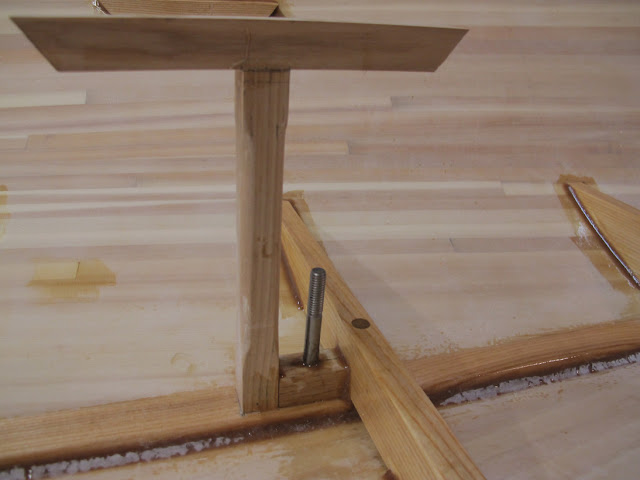 The next project was the gunwale expansions that will accommodate my slightly oversized oarlocks. I realized the locks were a bit too wide for the gunwales *after* I bought them, but it's not a big deal. The plans call for some reinforcement around the locks anyway. 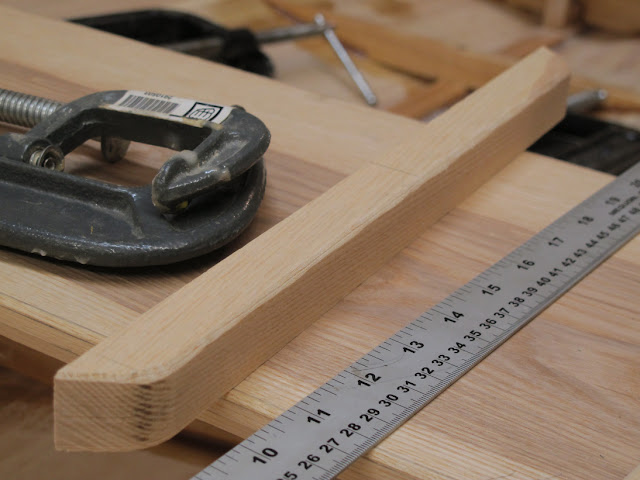 The expansions were made from scrap gunwale stock. I designed them to fit under the gunwales (my locks are side-mount models remember) and I left them 12" long so I would have 6" of play around the nominal oarlock position in case I want to adjust down the road. No fancy woodworking here -- just cut 60 degree angles on the ends, pre-sanded them rough and glued them in place.

Figure 226: The gunwale piece mocked up and ready to go 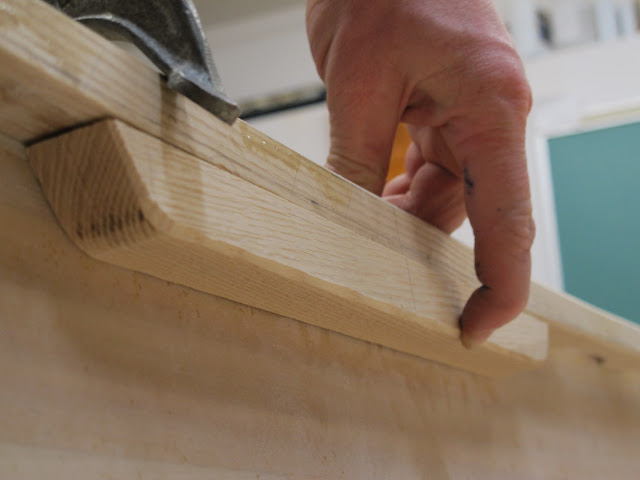 Figure 227: Gunwale expansions clamped all around 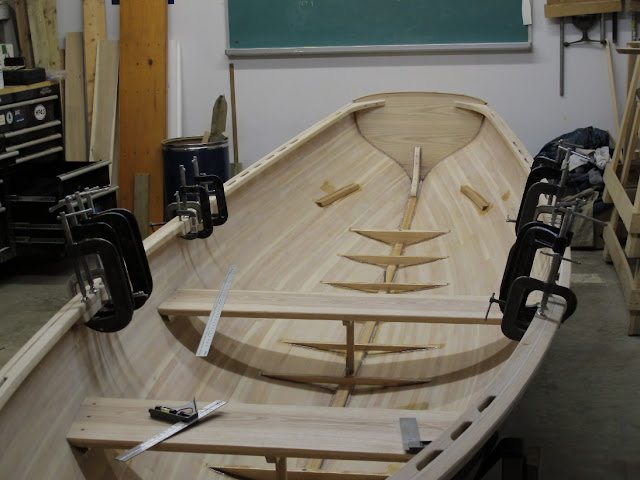 The last part was the floorboard tie-down. These were likewise made out of scrap gunwale stock. I have a hole bored in the middle which slides over the bolt. To either side of the bolt I have 3 screw points. This integrates the bolt (and keel) tightly into the floorboards with more than just friction. 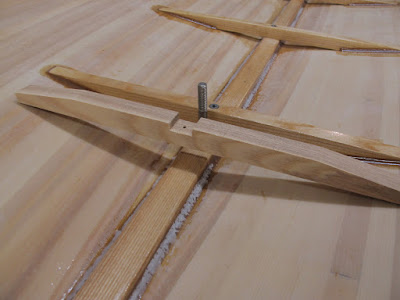 Figure 229: All finished and ready to install 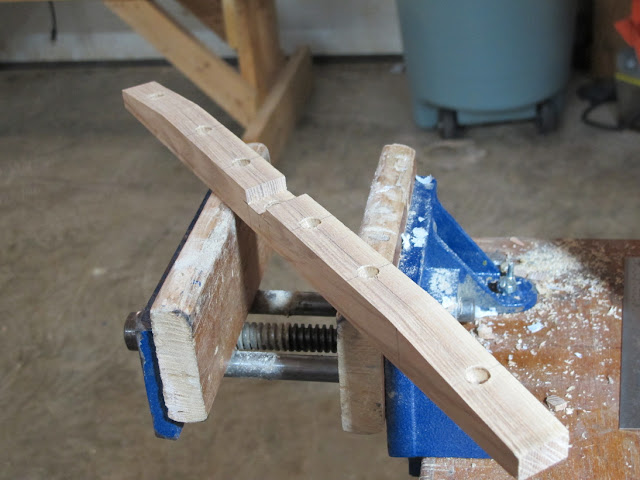 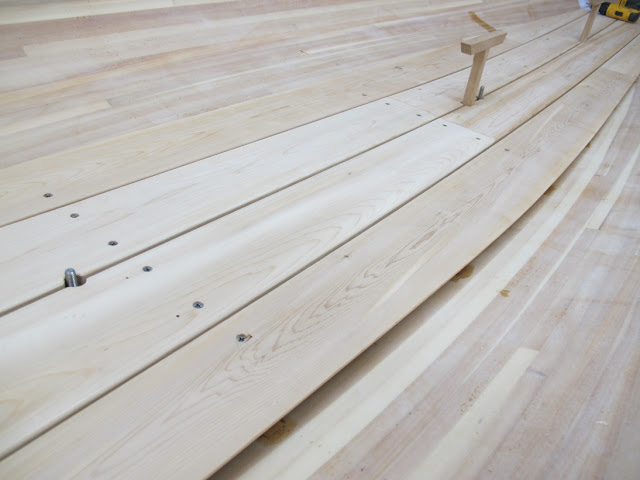 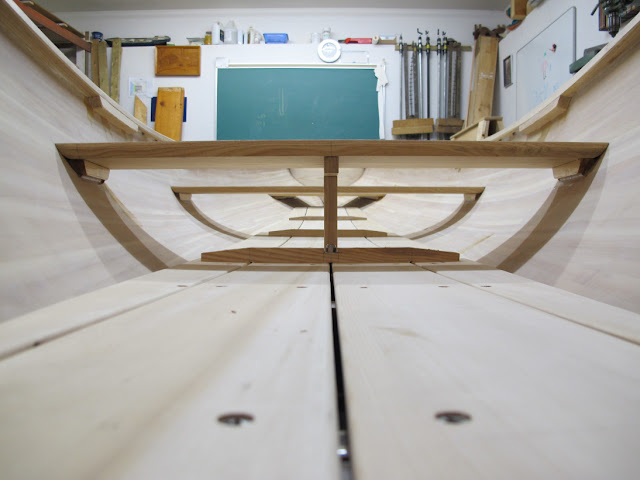 You might be wondering why I made such dumb ugly oversized tie-downs for the floorboards. Oversize is good given the placement -- they double as rowing chocks for the main and forward rowing positions! That was actually the other reason why I had them so tightly fastened to the floor. Chocks take a fair bit of abuse and I didn't want the stainless bolt bearing the brunt of that. With them screwed to a floor that is held tightly to the boat at multiple locations, it's as good as pushing on something glued directly to the hull.

Finally, I added in all the seats  for a quick vanity shot before I begin the final finish work. 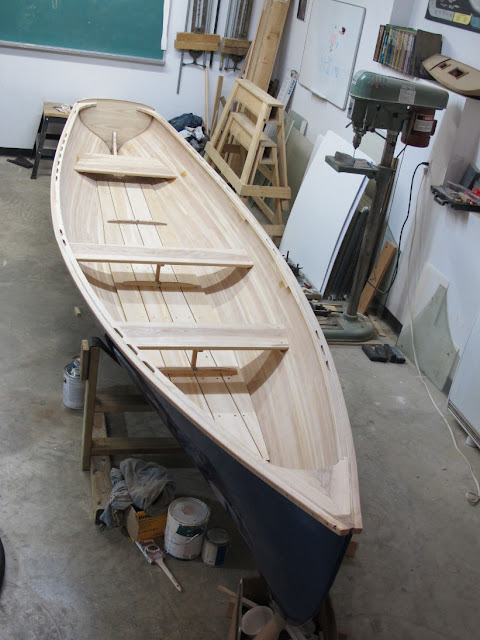